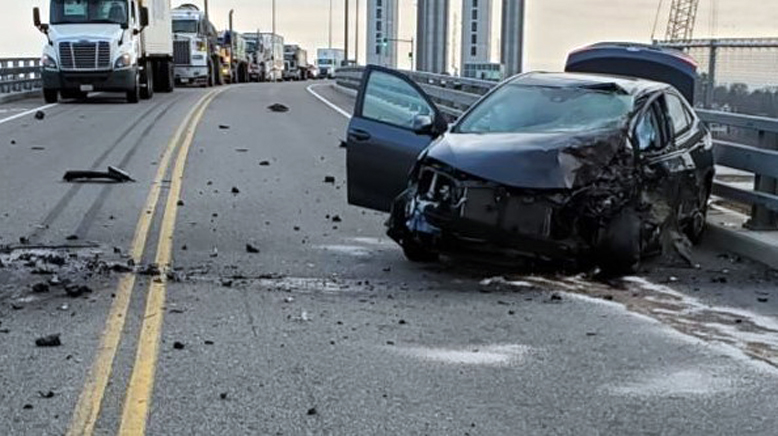 PORTSMOUTH, N.H. (WHDH) - A motorist was taken to the hospital after authorities say he crossed the center line and crashed into a tractor-trailer on a bridge in New Hampshire on Wednesday morning.

Troopers responding to a report of a crash on the Sarah Long Bridge in Portsmouth around 5:50 a.m. found the driver of a mangled 2018 Toyota Corolla suffering from multiple non-life threatening injuries, according to New Hampshire State Police.

The driver, who state police identified as 24-year-old Dakotah Cappelletty, of Rochester, was taken to Portsmouth Regional Hospital for evaluation.

A preliminary investigation revealed that Cappelletty was traveling north when he crossed into the southbound lane and struck the rear axle of a freightliner truck with a box trailer in tow, state police said.

The truck driver was not injured.