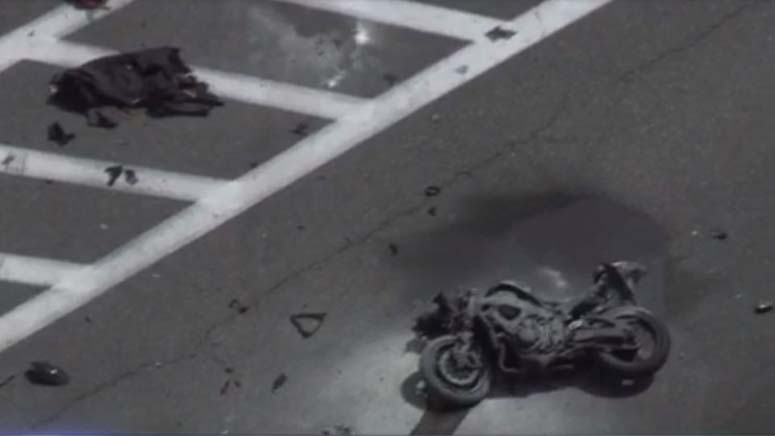 BROCKTON, MASS. (WHDH) - Plymouth District Attorney Timothy J. Cruz is urging drivers to be on the lookout for motorcyclists on the roadways now that warmer weather has arrived.

“Spring has arrived here in New England, and with it comes great weather to get out on the open road,” Cruz said. “There have been two serious motorcycle crashes, one fatal, in Plymouth County in less than two weeks. I would like to remind motorists to be aware of motorcyclists and cyclists while driving. We can all share the road responsibly and safely.”

On Saturday around 11:45 a.m., Rochester police responded to a crash between a motorcycle and an SUV at the intersection of Route 58 and Route 28.

The driver of the SUV stayed at the scene, Cruz said.

On April 22, Hingham police responding to a crash at the intersection of Main and Middle streets found a motorcyclist, later identified as Casey Morissette, 42, of Rumford, Maine, suffering from serious injuries, according to Cruz.

Morissette was taken to South Shore Hospital, where he was pronounced dead.

The driver of the box truck was uninjured.

Investigations remain ongoing into both crashes.