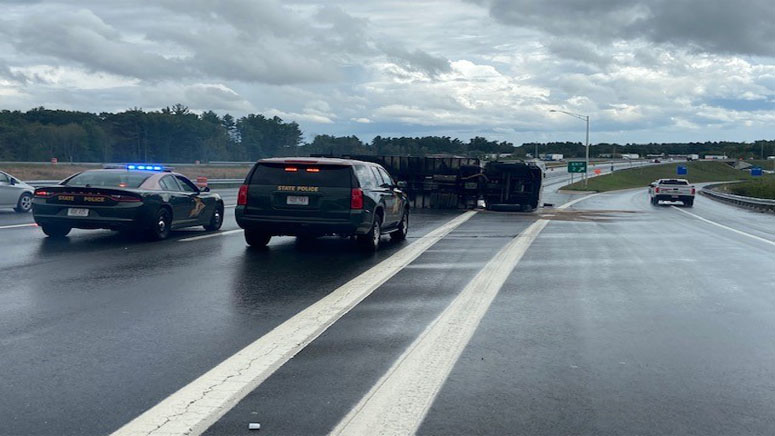 Emergency crews responding to a rollover crash on I-93 just before 1:20 p.m. found a box truck on its side blocking two lanes of travel near the off-ramp of Exit 2 southbound, police said.

Initial reports determined that the truck, driven by Eleuterio Contreras Tovalino, 58, of East Boston, was traveling south when he lost control while trying to slow down for traffic during heavy rain, officials said.

Contrearas Tovalino sustained minor injuries to his left arm and was treated on scene, police said.

The truck was towed from the scene and Tovalino was cited for traveling at an unreasonable speed and operating with an expired license.