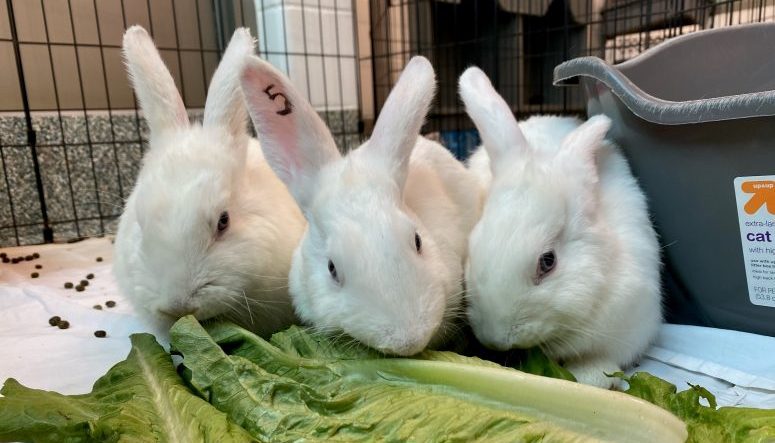 BOSTON (WHDH) - The MSPCA-Angell says Easter has arrived early for 32 rabbits who are now looking for loving homes after living in unsanitary conditions in Lawrence.

The rabbits along with seven chickens were surrendered Monday to the MSPCA.

Their previous owner was overwhelmed by the amount of animals and became unable to provide for their basic care, according to the MSPCA.

Lawrence police have opened an investigation into this case.

The rabbits are New Zealand and Dutch mixes and include a mother who is nursing eight babies.

They are being distributed to the MSPCA’s adoption centers in Methuen, Boston, and Centerville.

MSPCA at Nevins Farm Director Meaghan O’Leary says she hopes that adopters will step up to take one or a pair home.

“This is a large surrender for us and has doubled our rabbit population in just one day,” she said. “My message to anyone considering a new pet is that now is the time to visit one of our adoption centers to bring home a new best friend.”

O’Leary added that the MSPCA does not discourage rabbit adoption so close to Easter because there is no evidence that rabbits adopted near the holiday are returned at higher rates.

“Our adoption counselors are very skilled at making excellent matches for people that are thoughtful about adding [a rabbit] to their family,” she said.

Anyone interested in adopting the rabbits can fill out an online adoption inquiry here.

The chickens will live alongside 24 other homeless chickens at Nevins Farm in Methuen before they can be placed into new homes.