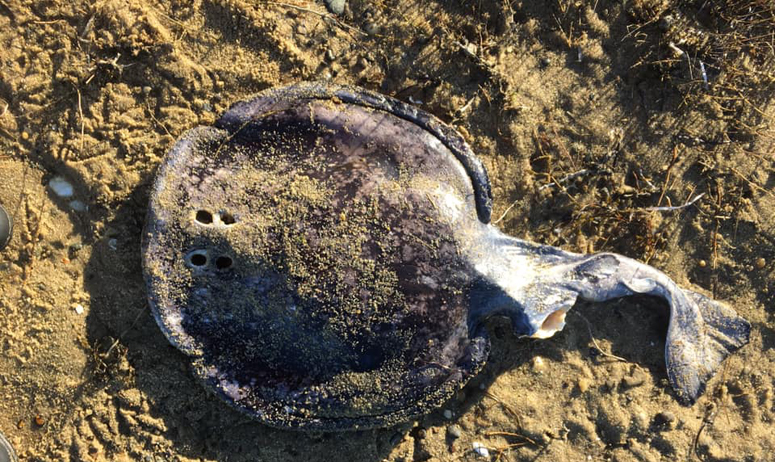 Staffers, interns, and volunteers with the New England Coastal Wildlife Alliance were out looking for cold-stunned turtles along the shores of Provincetown on Dec. 27 when they stumbled upon “a large number” of torpedo ray carcasses that had washed up on Long Point Beach, officials said in a Facebook post.

The team ended up finding 31 rays — some of which were five feet long — over the course of two days, the Cape Cod Times reported.

“I typically see 15 to 20 over the course of the fall, but this mass stranding, I’ve never heard of one,” she said.

Torpedo rays are known for being capable of producing an electric discharge that is used to stun prey and for defense. It can range from eight to 220 volts, depending on the species.

The team has since conducted necropsies on the rays. Carson told the newspaper that the specimens appeared to be healthy.

It’s not clear why the rays washed up in such numbers.