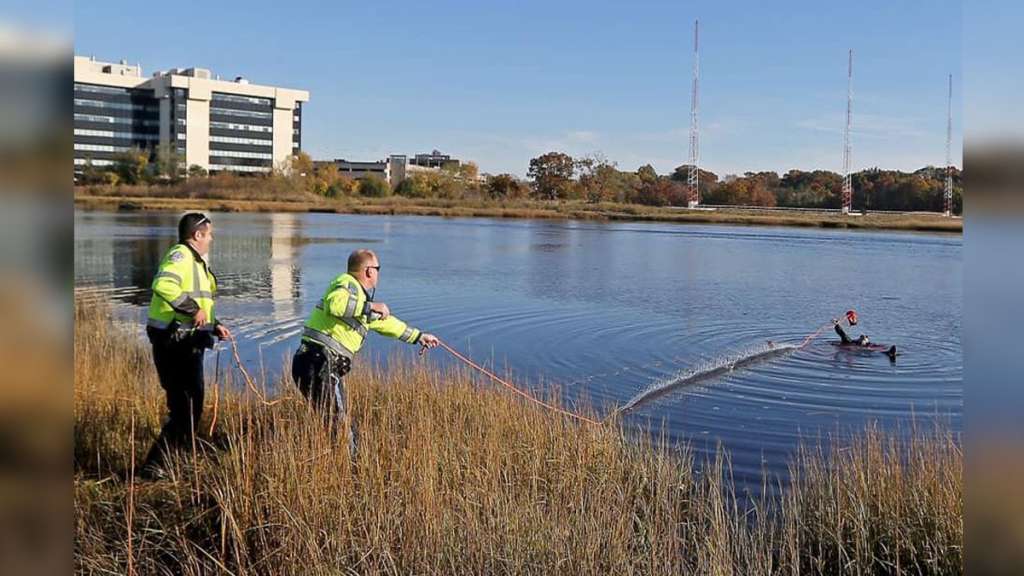 DORCHESTER, MASS. (WHDH) - Emergency crews on Saturday rescued a man from the Neponset River after he entered the water in an attempt to retrieve his fallen drone, according to the Massachusetts State Police Association.

A Massachusetts state police trooper and a Boston EMS lieutenant responding to reports of a person in the water near Pope John Paul Park around 3 p.m. found a man in distress approximately 20 feet off shore.

Using a rescue floatation device, crews were able to safely drag the man to shore, according to state police.

The man told rescue crews that he had gone into the river to retrieve his drone that had crashed off shore, but he was unable to return to land due to the frigid water.

He was taken to an area hospital for evaluation, police said.