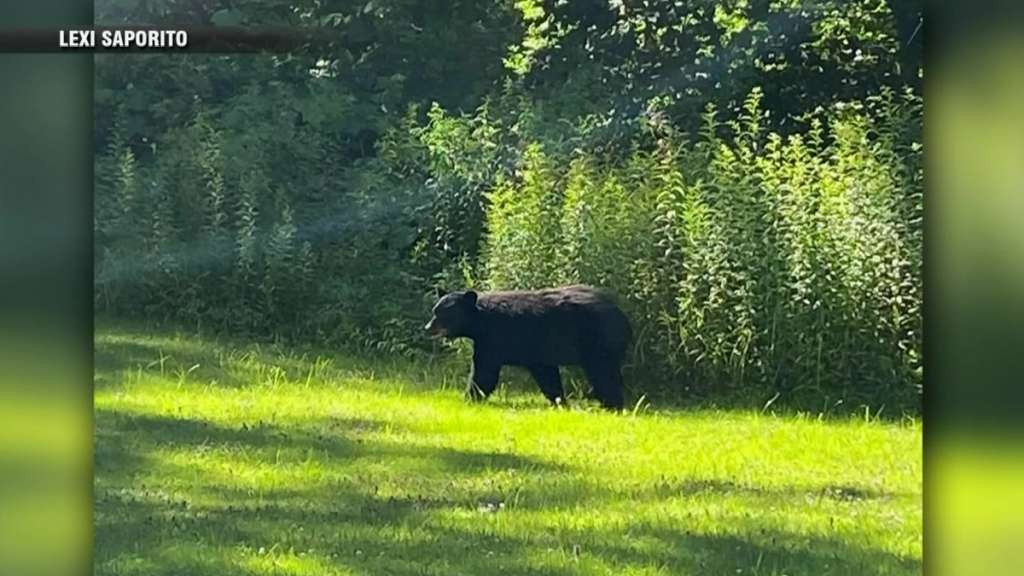 A photo taken by a Tewskbury resident of a black bear seen in the area around mid-July 2022.

NORTH READING, MASS. (WHDH) - A bear believed to have been sighted from Lowell to Woburn to, finally, North Reading, has been captured and relocated, according to police.

North Reading Police Chief Michael Murphy said local and environmental police were able to immobilize a black bear over the weekend that was likely the same one seen multiple times since mid-July.

Officers tracked the bear down throughout the day Sunday, after they were first called to a home on Foley Drive that morning over reports of a bear attacking chickens in the area.

Several more calls came in Sunday, with bear sightings reported on Haverhill Street and Gowing Lane before Massachusetts Environmental Police were called in.

At around 5 p.m., police were called to Hill Street over a bear sighting and decided to immobilize the bear, according to a press release from the department.

By 7 p.m., the bear was captured, tagged and safely transported to a wooded area that was considered “suitable for a bear of this size.”

Police are still asking residents to remain vigilant for further bear sightings, since it is not possible to say for sure whether the black bear captured is the one seen across Middlesex and Essex counties.