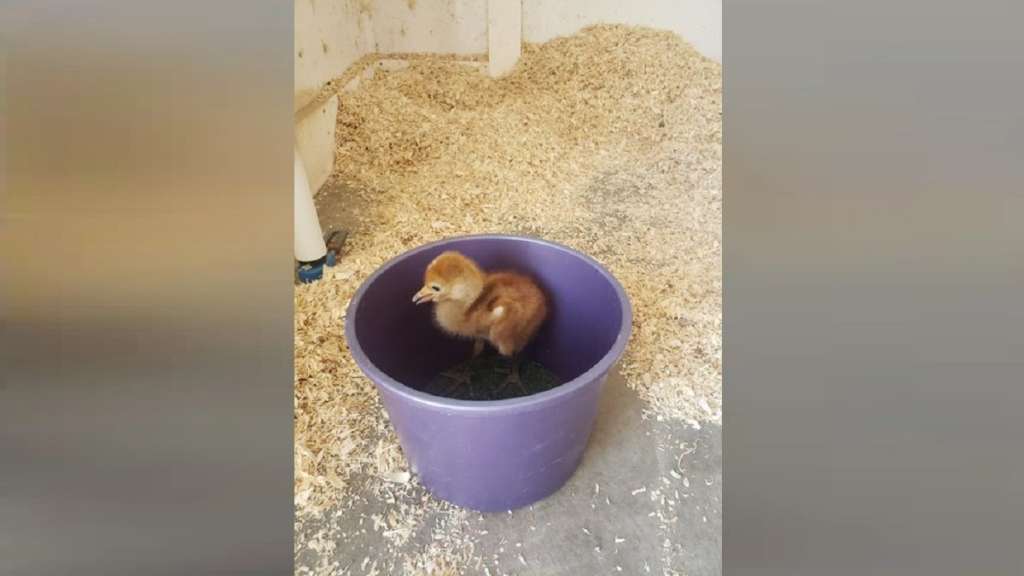 The chick, named Wampanoag, is the offspring of Sunflower and Alec, the whooping crane pair that resides at Stone Zoo. She hatched at the International Crane Foundation and is healthy and growing, officials said.

Officials plan to release Wampanoag into the wild later this year to learn how to migrate south for the winter. An endangered species, whooping cranes were reduced to 21 birds in the wild in the 1940s but the population has grown to 800 birds, 670 of which live in the wild.