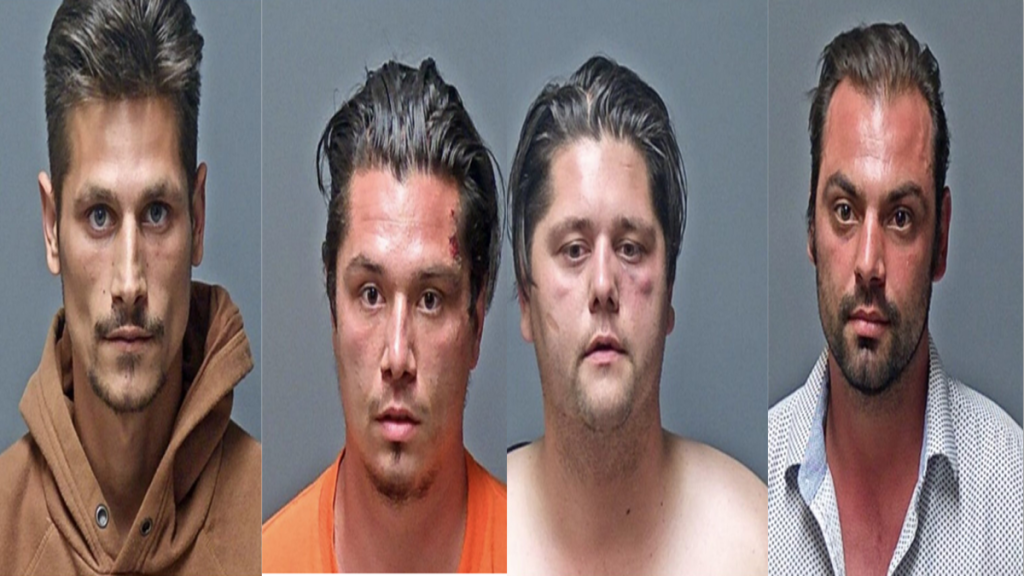 MANCHESTER, N.H. (WHDH) - A chaotic scene at a Manchester 7-Eleven required the response of every on-call police officer after a massive brawl broke out at the convenience store on Friday night, according to police.

George Stanley, 29, Richard Cooper, 24, Howard Cooper, 25, and Alexander Cooper, 29, were all arrested under Felony Riot charges after police arrived at the convenience store and witnessed a brawl between two groups, the Manchester Police Department said in a statement.

Officers originally responded to the 7-Eleven at approximately 6:50 p.m. following a report of a robbery involving a firearm. While searching for the reported suspect, a fight unfolded between two groups in the parking lot. As more and more individuals engaged in the brawl, eventually “all working Manchester Police Officers were on-scene to calm the riotous behavior,” the department said in a statement.

An initial investigation revealed that the two groups knew each other.