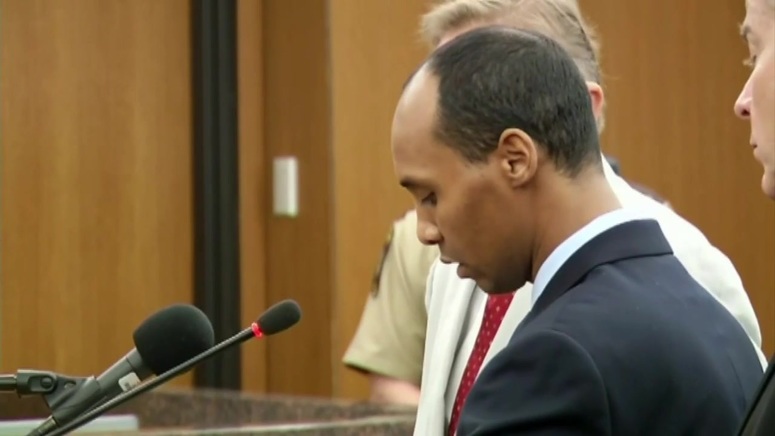 MINNEAPOLIS (AP) — The Minnesota Supreme Court on Wednesday reversed the third-degree murder conviction of a former Minneapolis police officer who fatally shot an Australian woman in 2017, saying the charge doesn’t fit the circumstances in this case.

Mohamed Noor was convicted of third-degree murder and second-degree manslaughter in the death of Justine Ruszczyk Damond, a dual U.S.-Australian citizen who called 911 to report a possible sexual assault behind her home. He was sentenced to 12 1/2 years on the murder count but was not sentenced for manslaughter.

The ruling means his murder conviction is overturned and the case will now go back to the district court, where he will be sentenced on the manslaughter count. He has already served more than 28 months of his murder sentence. If sentenced to the presumptive four years for manslaughter, he could be eligible for supervised release around the end of this year.

In the ruling, the Supreme Court said that for a third-degree murder charge, also known as “depraved-mind murder,” the person’s mental state must show a “generalized indifference to human life, which cannot exist when the defendant’s conduct is directed with particularity at the person who is killed.”

The justices said that the only reasonable inference that can be drawn in Noor’s case is that his conduct was directed with particularity at Damond, “and the evidence is therefore insufficient to sustain his conviction … for depraved-mind murder.”

The ruling in Noor’s case was also closely watched for its possible impact on three other former Minneapolis officers awaiting trial in Floyd’s death. Prosecutors had wanted to add charges of aiding and abetting third-degree murder against them, but that’s unlikely to happen now. The trio are due to go on trial in March on charges of aiding and abetting both second-degree murder and manslaughter.