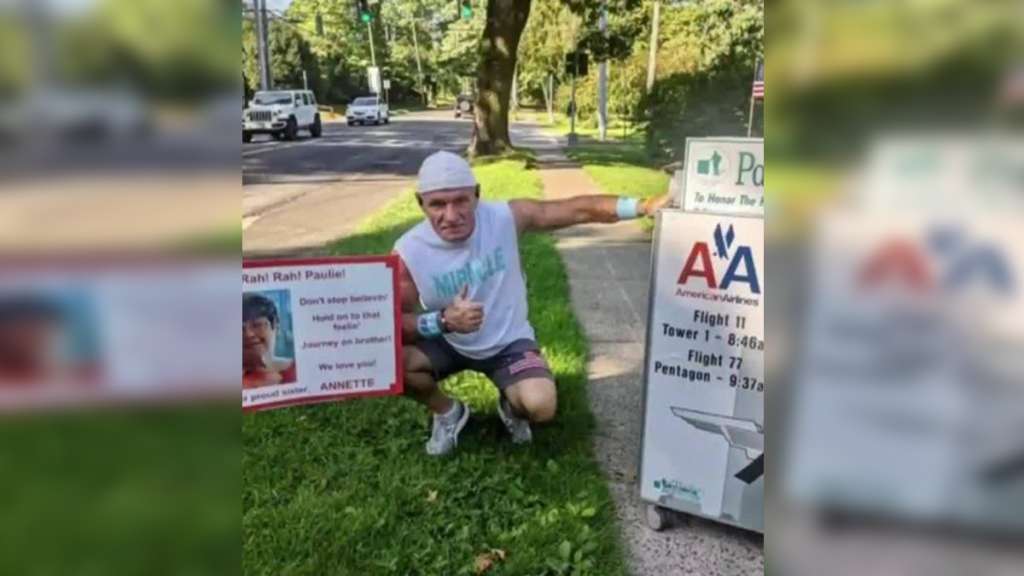 BOSTON (AP) — A retired flight attendant who has been pushing an airline beverage cart from Boston to New York City for days in honor of the flight crews who died on 9/11 arrived at Ground Zero on Saturday to mark the 20th anniversary of the terror attacks.

Paul Veneto announced his arrival by posting a picture of himself at the World Trade Center memorial with the phrase “Journey’s End” on his Facebook page.

The 62-year-old Braintree, Massachusetts resident set off by foot on the 220-mile (354-kilometers) journey from Boston’s Logan International Airport to Ground Zero in late August, with the goal of arriving there for Saturday’s commemoration.

Veneto had been a regular staffer on United Flight 175′s Boston to Los Angeles route but had taken the day off on 9/11. He’s said the survivor’s guilt triggered a 15-year prescription drug addiction.

Veneto decided to embark on the walking journey, which he dubbed “Paulie’s Push,” in order to honor the pilots and fellow crew members who died.

A glass memorial at Logan International Airport that sees few visitors pays tribute to them and the others lost aboard the two jetliners.