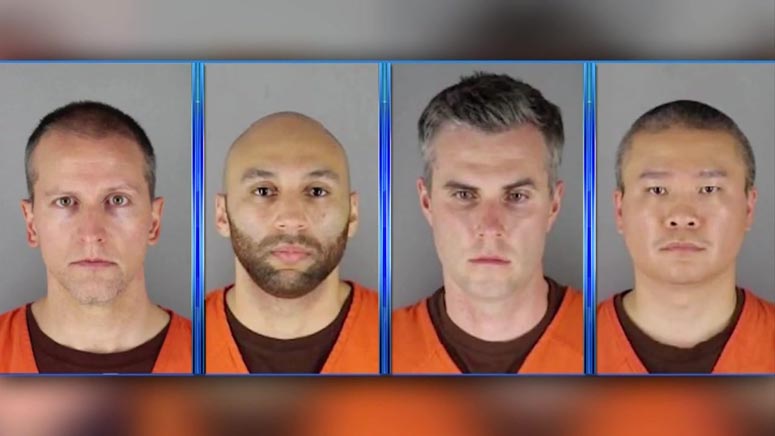 (CNN) — Four former Minneapolis police officers pleaded not guilty in federal court Tuesday to charges they violated George Floyd’s civil rights during his arrest when he was killed in May 2020.

Chauvin appeared from Minnesota’s maximum security prison in Oak Park Heights, outside of Minneapolis, where he is currently serving a 22.5 year sentence for the murder of Floyd.

A federal grand jury indicted the ex-cops in May on charges they violated Floyd’s constitutional rights during the arrest on May 25, 2020.

Thao and Kueng also were charged in connection with their failure to intervene in Chauvin’s use of unreasonable force, according to the indictment. Chauvin, Thao, Kueng and Lane also face a charge for failing to give Floyd medical aid.

According to the indictment, “the defendants saw George Floyd lying on the ground in clear need of medical care, and willfully failed to aid Floyd, thereby acting with deliberate indifference to a substantial risk of harm to Floyd.”

Chauvin also was charged in a separate indictment related to an incident in which he allegedly used unreasonable force on a Minneapolis 14-year-old in September 2017, according to the Justice Department.

Bystander video showed Chauvin kneeling on Floyd’s neck for 9 minutes and 29 seconds while the 46-year-old, handcuffed and lying prone in the street, gasped for air, telling the officers, “I can’t breathe.”

Thao, Kueng and Lane were on the scene with Chauvin.

The federal charges are separate from a civil investigation into Minneapolis policing practices announced by Attorney General Merrick Garland in April.