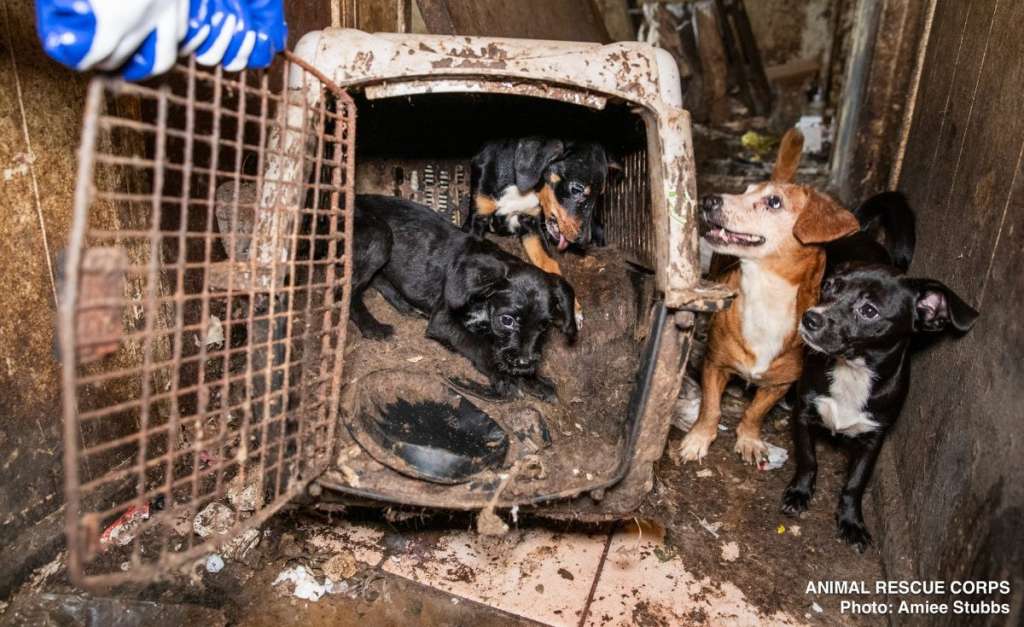 JACKSON, Tenn. (WHDH) — The ex-wife of the Martin Luther King Jr. assassin has been charged with 44 counts of animal cruelty after dozens of dogs were allegedly found living in neglectful conditions in Jackson, Tennessee.

Anna Sandhu Ray, who married James Earl Ray in 1978 while he served a 99-year prison sentence for the assassination of King, appeared in Jackson City Court Tuesday morning to answer to the animal cruelty charges, WBBJ reported.

A judge ordered her to undergo an evaluation and set her bond at $5,000.

Authorities performing a welfare check on Ray, who has a history of animal neglect, found 44 animals loose inside the house with animal feces, debris and urine covering the floor, according to the Animal Rescue Corps, a national animal protection nonprofit that assisted Jackson police with the rescue mission on Monday afternoon.

At least three dead dogs were found inside the home, ARC said.

Dangerously high levels of ammonia gas from the animal waste was reportedly detected outside the house.

“The conditions on this property are some of the worst we’ve seen. It’s absolutely horrible,” said Amy Haverstick, ARC’s Director of Operations, “These poor animals have endured extreme suffering.”

None of the dogs had access to food or water.

The dogs were taken to ARC’s Rescue Operation Center in Lebanon, Tenn. where they will receive thorough veterinary exams, vaccinations, and any necessary medical treatment.