BOSTON (WHDH) - This is a survey of voters in next month’s New Hampshire Democratic Primary.

We polled Democrats and independents because, under New Hampshire law, independents can vote in either party’s primary.

What we found was a leader who could still be caught.

Bernie Sanders, the New Hampshire primary winner in 2016, is positioned to once again win in 2020.  Democratic primary voters say he has the best plans for health care and the economy. 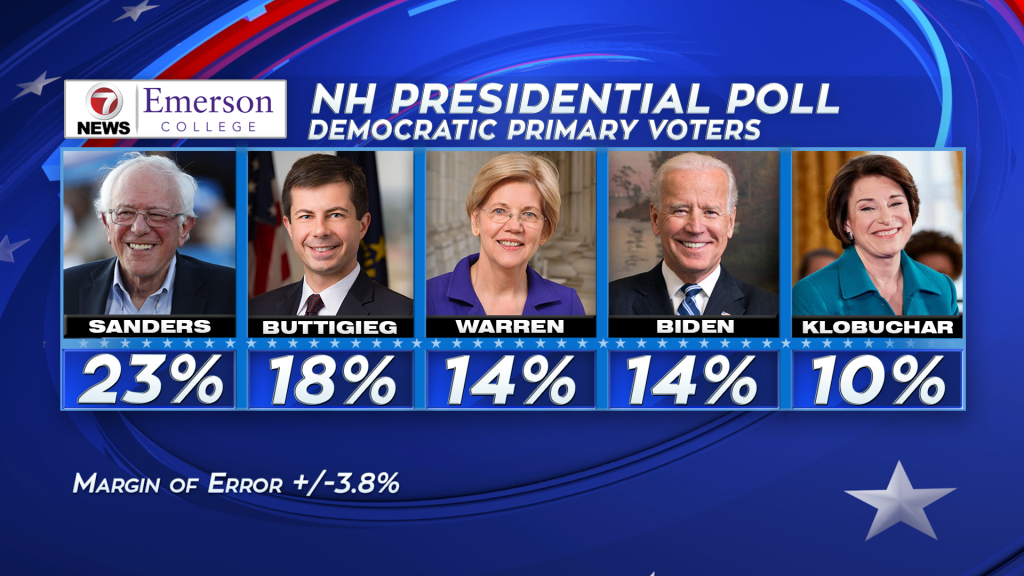 But he’s no sure thing. 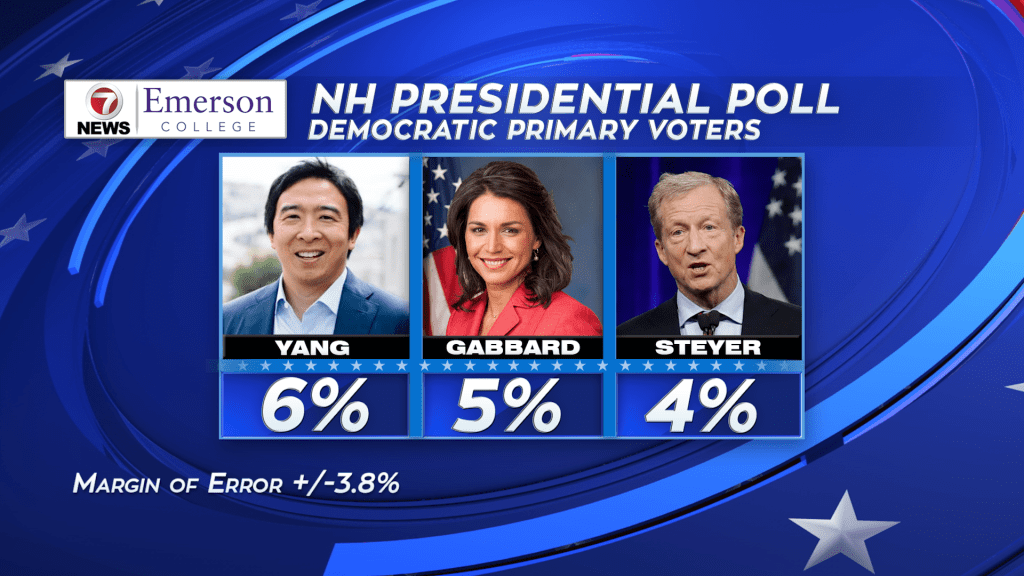 All the other candidates are in single digits–led by entrepreneur Andrew Yang, with 6 percent; Hawaii Congresswoman Tulsi Gabbard with 5; and billionaire businessman Tom Steyer, with 4 percent.

The rest have less than two percent. 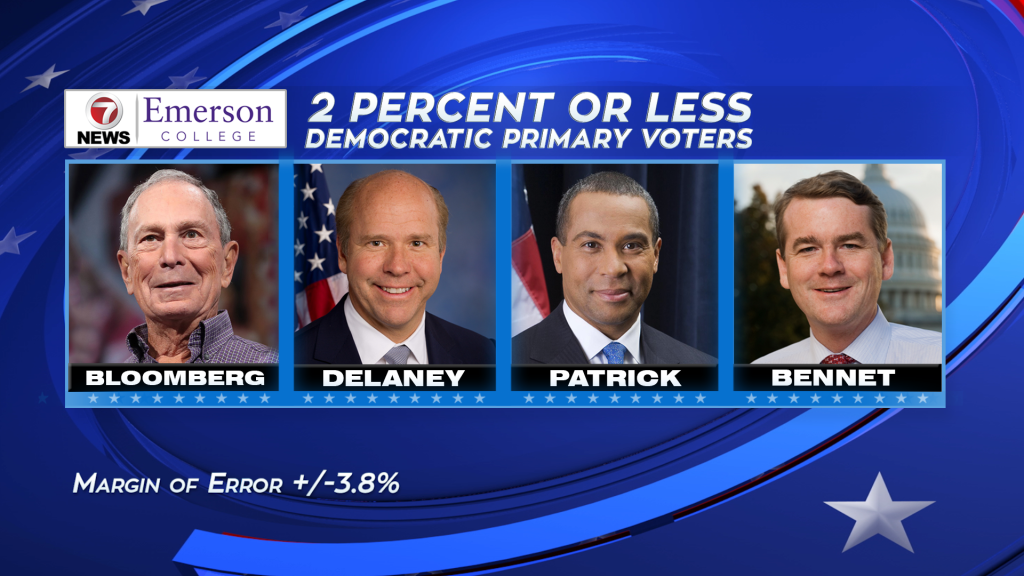 But the numbers could change because 53 percent of likely primary voters say they could still change their minds.

“Bernie has a solid base of support, but it might be a ceiling for him, as his numbers did not really improve, we see these other candidates now, like Amy Klobuchar, jump into double digits. The field has 5 candidates; it’s a race on to see who’s going to get this nomination,” said Spencer Kimball, director of Emerson College Polling. 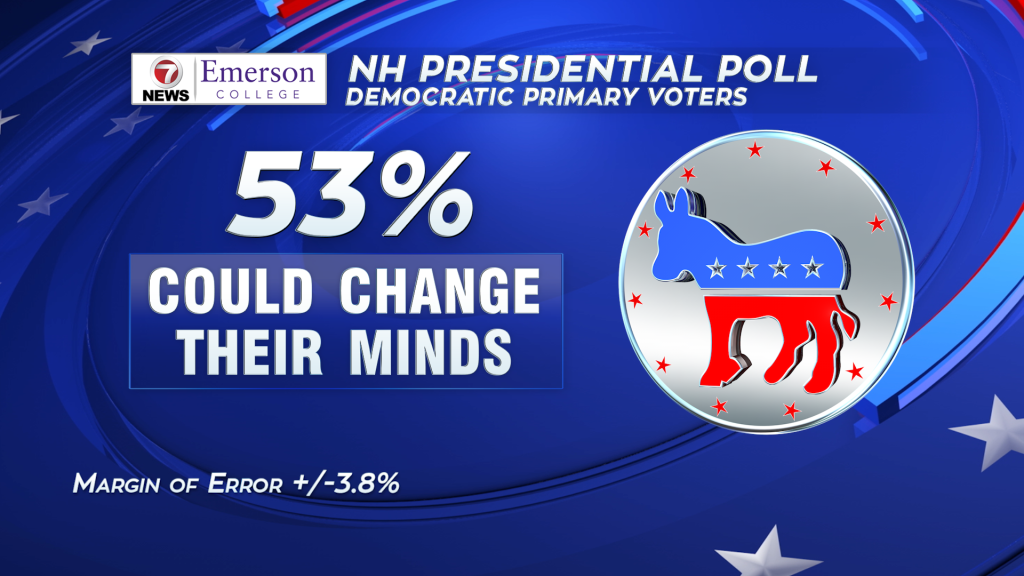 Emerson College polls are nationally recognized for their accuracy.

When we asked regardless of who you’re voting for, who do you think will be the party’s nominee? Forty-four percent said Joe Biden;  more than twice as many as Sanders’ 20 percent, with no one else even close:

While Democrats are divided on candidates, they’re more united on impeachment.

Seventy-seven percent say the U.S. Senate should remove President Trump from office and 66 percent have confidence in how Democratic leaders are handling it in Washington.

“The Democrats have made impeachment the centerpiece of their agenda.  But Democratic primary voters in New Hampshire, don’t find it relevant to their vote. They’d rather hear about healthcare, the environment, and the economy,” said Spencer.

New Hampshire voters may also be influenced more than usual by the results of the Iowa caucuses.

The same four candidates are clustered near the top in both states, so the Iowa winners could get a bigger than usual bump coming to New Hampshire.

In other words, what happens in Iowa won’t stay in Iowa.