In our exclusive 7News Emerson College poll of likely voters in the Iowa caucus, Sen. Bernie Sanders is a solid number one with 30 percent, while Former Vice President Joe Biden gets 21 percent. 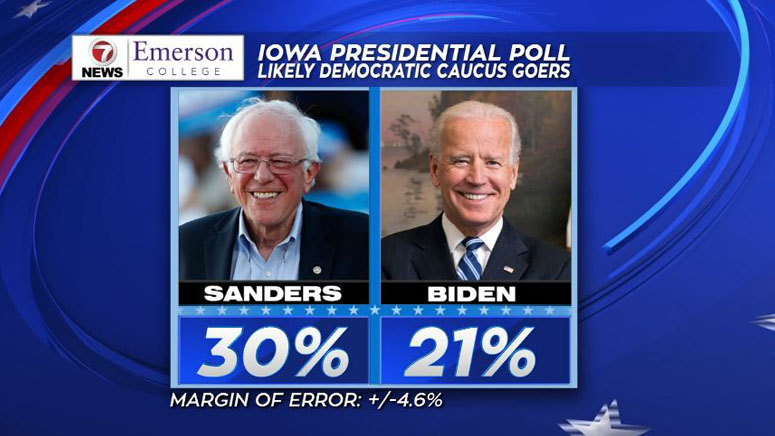 There’s a three-way fight for the next spot.

“Bernie Sanders has been able to solidify the youth vote and now it looks like older voters are looking around” says Spencer Kimball, Director, Emerson Polling “We are now seeing Amy Klobuchar getting a second look and we see her numbers improving. and we’re seeing Mayor Pete Buttigieg dropping. and Elizabeth Warren and Joe Biden staying we’re they’re at.  There’s a lot of moving parts there and we’ll have to continue to watch over the next week.

If there’s an “Iowa Surprise” coming, it could well be Sen. Klobuchar. She’s been boosted by strong debate performances and a determined campaign and now leads Warren and Buttigieg.

“When Sen Klobuchar announced her campaign in the blizzard, she got a lot of attention then she kind of dropped off the radar. All of a sudden now we see voters giving her a second look,” Kimball says. “We’ve seen her numbers jump in New Hampshire, nationally, and now we’re seeing them jump in Iowa, just at the right time.” 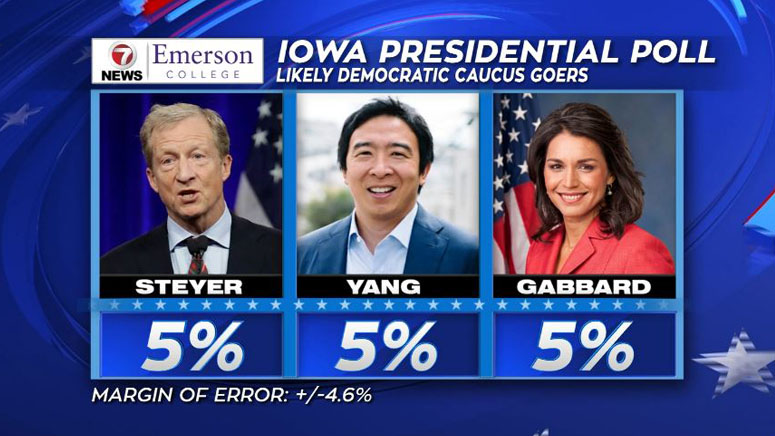 But our poll shows 37 percent of caucus voters could still change their minds, so nothing is certain. 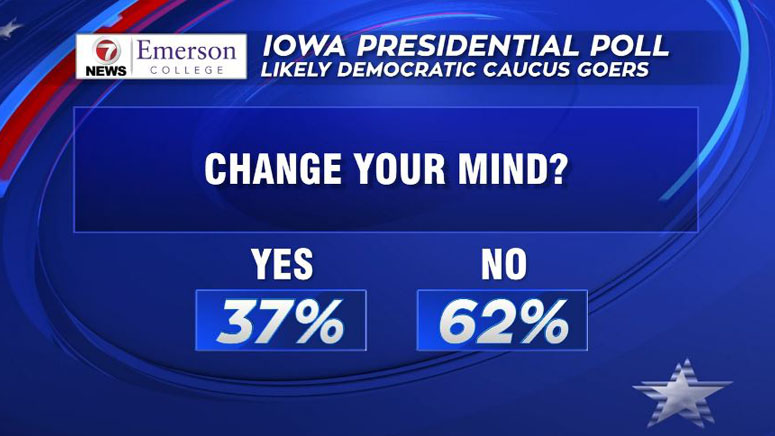 “At this point voters are locking in, but they can still change their minds in a caucus, so after a first round of voting, they can switch their votes, and that’s what makes a caucus system so [much more] dynamic than a normal primary,” explains Kimball.

The last four winners of the Democratic Caucus in Iowa have gone on to secure the nomination. Secretary of State Hillary Clinton in 2016, Sen. Barack Obama in 2008, Sen. John Kerry in 2004 and Vice President Al Gore in 2000 all moved on to New Hampshire after a win in Iowa.