The battle for second place is fierce, but the Democrat who is polling highest ahead of the New Hampshire presidential primary is clearly in the lead.

Sen. Bernie Sanders is polling at 29 percent in our exclusive 7News/Emerson College tracking poll, which is following likely voters all week before next week’s primary. 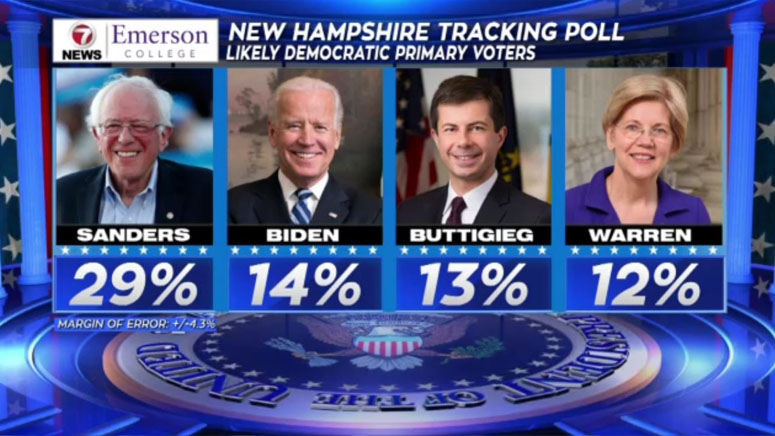 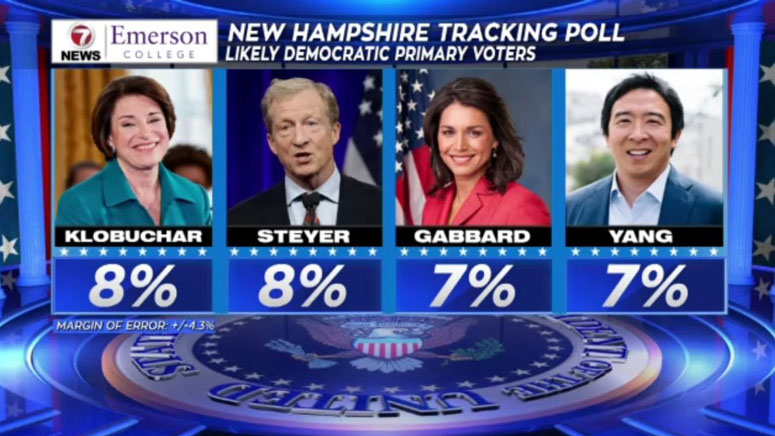 Support then drops into the single digits. Both Sen. Amy Klobuchar and businessman Tom Steyer have 8 percent, while Hawaii Congresswoman Tulsi Gabbard and entrepreneur Andrew Yang have 7 percent.

We asked 500 likely voters, “Do you think Iowa’s results will impact your vote in the New Hampshire Democratic primary?”

What could impact voters in New Hampshire is the next Democratic debate. Seven candidates will take the stage in Manchester on Friday, just four days before the primary.

Over the next nine days, 7NEWS will show you from one night to the next exactly how the race is changing in this key contest.