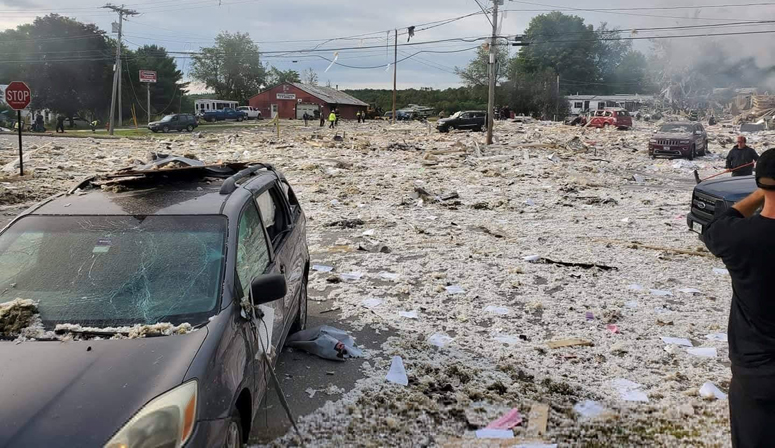 FARMINGTON, Maine (AP) — A Farmington firefighter was not forgotten on the anniversary of a massive propane explosion that claimed his life.

Fire Capt. Michael Bell’s helmet and other gear, a wreath and flowers, and a massive U.S. flag hanging from a fire truck were part of the one-year remembrance in Maine.

Bell, 68, of Farmington, was one of seven firefighters responding to a report of a smell of propane. The LEAP building blew up shortly after they began investigating the leak. Bell was killed and six others were injured, including his brother, Chief Terry Bell.

LEAP maintenance worker Larry Lord, who was credited with workers’ lives by evacuating the building, was also critically injured in the blast.

“There are no words that are adequate to express our sorrow for the loss and gratitude for the life of Capt. Bell. He will never be forgotten,” Town Manager Richard Davis said.

Many firefighters attended the event, along with members of the public.

“It’s after something like this happens you get a little jumpy. Not in a bad way. It keeps you on your toes,” said Stephen Cross of Farmington, who’s a member of the Philips Fire Department, which responded that day.

The tragedy led to safety changes. For example, liquefied propane gas is now included in the Maine Dig Safe law.