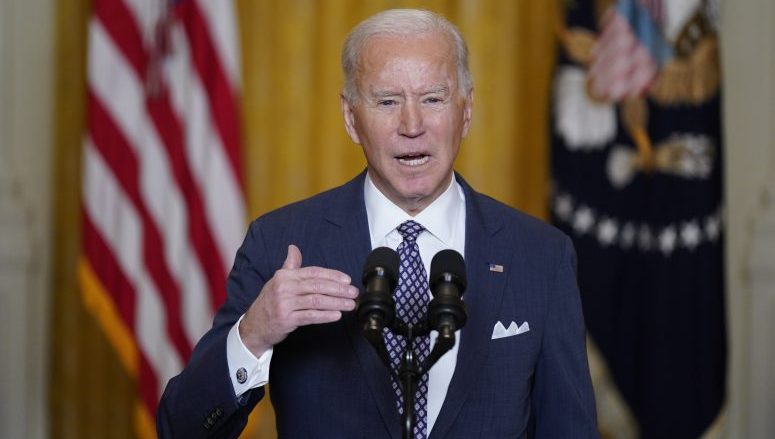 The family of an American-Iranian father and son detained for years in Iran appealed Monday to President Joe Biden to make freeing of Iranian-American detainees a condition of any deals or concessions with that country,

“It is beyond outrageous for Iran to continue playing with my father’s life,” said Babak Namazi, whose 84-year-old father, Baquer Namazi, is marking his fifth year under Iranian control.

The Biden administration and Iranian officials have signaled to each other in recent months that they want to re-enter a 2015 nuclear pact, in which Iran accepts limits on its nuclear program in exchange for easing of international sanctions. The Obama administration entered the deal, only to have the Trump administration pull out in favor of what the U.S. called a “maximum pressure” campaign against Iran instead.

Baquer Namazi, a former UNICEF representative, was detained in 2016 when he traveled to Tehran to try to win the release of his son, Siamak Namazi, a businessman detained in Iran a year earlier.

The two Namazi men were sentenced to 10 years in prison in Iran on what the United States and United Nations says were trumped-up spying charges. Foreign governments and rights groups say Iran routinely detains foreign citizens to put pressure on foreign governments for various concessions.

The Obama administration closed the nuclear deal without making the freeing of American citizens in Iran a prerequisite. The Trump administration then failed to push for the release of the Namazi father and son as hard as it did other Americans held by Iran, he said.

Family members and supporters of the two men said they welcomed statements by the Biden administration so far, including a telephone call that Secretary of State Antony Blinken made to families of detained American citizens. Jake Sullivan, the U.S. national security adviser, called Iran’s continued detention of American citizens a “humanitarian catastrophe” on a news show this Sunday.

“We will not accept a long-term proposition where they continue to hold Americans in an unjust and unlawful manner,” Sullivan told CBS News’ “Face the Nation.”

At least four dual-citizenship Americans are believed held by Iran.

“My family expects that President Biden and his administration will not make concessions or deals with Iran” absent a requirement that Iran free the father and son, Babak Namazi told reporters.

The State Department had no immediate comment on the family’s request.

The family also disclosed that Iran had commuted the sentence of the elder Namazi last year, and said officials indicated then he was free to leave the country. The 84-year-old found that Iran’s Revolutionary Guard had unexpectedly placed a new block on his travel out of Iran, however, Babak Namazi said.

Baquer Namazi has urgent medical conditions that need treatment, including a vein to his brain that is almost entirely blocked and requires a stent, his son said.