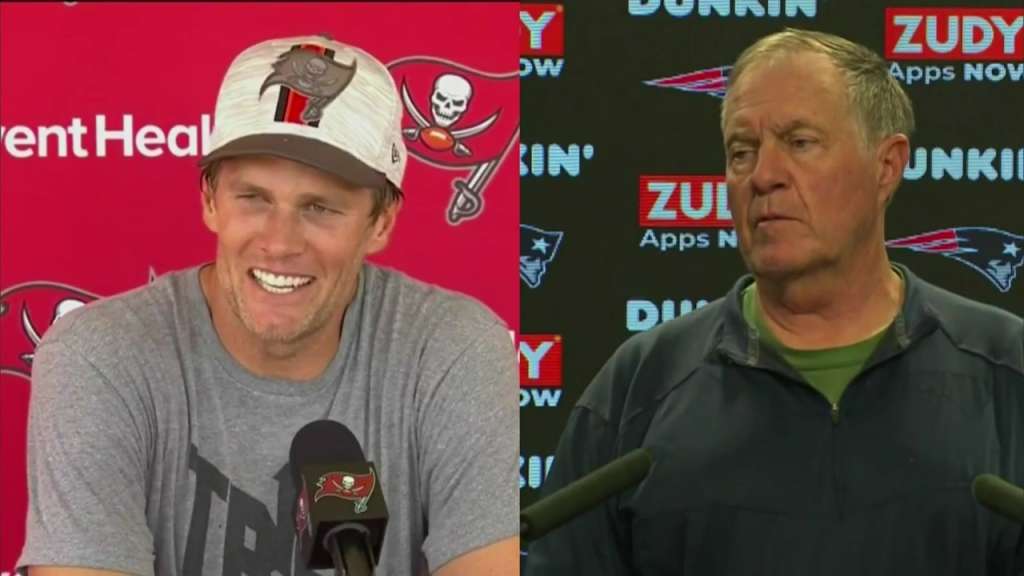 Brady and Belichick briefly embraced at the end of the game, but multiple reports say the coach later went to the visitors’ locker room for a 20-minute meeting with his former quarterback. Fans said they guessed the former allies didn’t talk about the game.

“I don’t think they’d talk strategy or what they did on the field. Just personal stuff, that’s what I think,” said Betiann Cardoza.

“It was family. It was how’s the wife, how’s the kids, how’s everything going,” said Tom Cardoza.

And the two participants said they wouldn’t tell what they talked about.

“I’ve had a lot of personal conversations that should remain that way and they’re very private,” Brady said, dismissing speculation about the chat with his former coach. “Nothing’s really accurate that that I ever see. It’s all kind of … you know, it definitely doesn’t come from my personal feelings or beliefs.”