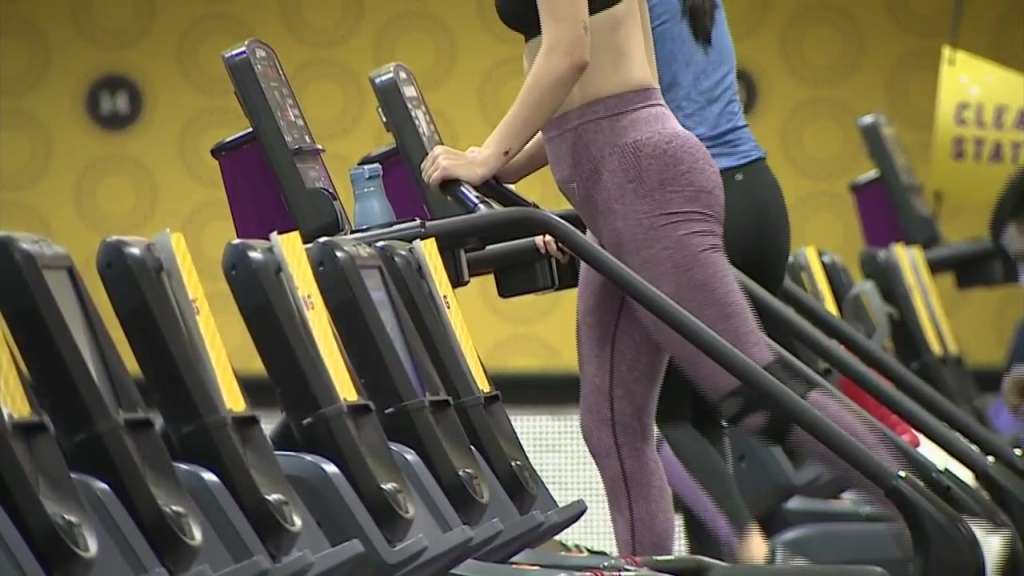 (CNN) — Over half of surveyed overweight adults in Australia, Canada, France, Germany, the UK and the United States say they have experienced fat-shaming from doctors, family, friends, classmates and coworkers that led to self-blame and an avoidance of health care, new research finds.

Weight stigma is so prevalent and so detrimental to a person’s self-worth and willingness to seek health care, that it has become a matter of “social injustice and a significant public health issue,” said Rebecca Puhl, thelead author of two new studies on the topic.

“Stigma is an enemy to health,”said Puhl, who is deputy director at the Rudd Center for Food Policy and Obesity at the University of Connecticut. “And just like mental health, weight stigma is a legitimate public health issue, and we need to legitimize it in a way that really hasn’t been done yet.”

The prevalence of weight stigma is especially significant because the causes of obesity are complex and often outside of personal control, said Puhl, who has studied weight stigma for nearly two decades.

“We certainly have created a society that facilitates obesity, with an emphasis on fast and highly processed foods and a lack of physical activity,” Puhl said. “And we’re ignoring all the other pieces of the puzzle such as genetics, environment, biology, agriculture, prices of food, food deserts and accessibility.

“Instead, these oversimplified and inaccurate societal beliefs persist that if you just try hard enough you can have whatever body you want — those are the beliefs that really fuel societal weight stigma,” she added. “Fundamentally, this issue is about respect and dignity and equal treatment of people across different body sizes and weights.”

Nearly 14,000 members of WW (formerly Weight Watchers) in six countries were surveyed between May and July 2020 about their experiences with weight stigma and its effect upon their self-worth and willingness to seek out health care assistance.

Family members were most likely to fat-shame, according to one study published Tuesday in the International Journal of Obesity. Between 76% and 88% of the people surveyed had experienced weight-shaming from a parent, sibling or other family member, mostly during childhood and adolescence.

You might suspect that the stigma was the inadvertent outcome of a parent or family member trying to help a child overcome their weight issues and improve their health, but that’s not what the study found.

“When we asked open-ended questions about people’s experiences of weight stigma from family members, it was often really harsh criticism, teasing, making fun of them,” Puhl said.

“Those ranged from calling them fat or ‘thunder thighs’ to making statements that they will never find anyone to date them because of their weight — really disparaging comments that have a long-term impact,” she added.

The fat-shaming by family members didn’t end in childhood, the study found.

“About 22% to 30% of people reported that their first experiences of weight stigma happened by age 10, but weight stigma by family persists over time, well into adulthood,” Puhl said.

“That really speaks to the need to address the family environment, which often gets neglected in the context of weight stigma,” she added. “We need to be helping families engage in more supportive, less stigmatizing communication with their family members.”

School and work were key sources

Classmates came in second on the fat-shaming ladder, with 72% to 81% of the survey participants saying they had been teased or bullied in school.

Between 54% and 62% of those who responded to the survey said coworkers had fat-shamed them in the workplace.

Finally, even friends were quite likely to be critical about weight — between 49% and 66% had experienced negative comments from friends.

While the study was able to compare similar groups — people who felt they needed to join a weight loss program — across the nations, limitations of the study included a lack of diversity (the majority were White women) and because they were in a weight managment program, the results were not generalizable to the entire population of adults with higher body mass indexes (BMI). The study was supported by a grant from WW International Inc.

In what they call the first “multinational investigation of associations between weight stigma and healthcare experiences,” Puhl and her colleagues used the same WW dataset in a second study to see if survey participants felt their doctors judged them for their weight. The study was published Tuesday in the journal PLOS ONE.

Prior studies had identified weight stigma, or bias, among medical professionals, but the research was US-focused, Puhl said.

The study found between 63% and 74% of people surveyed in Australia, Canada, France, Germany, the UK and the US felt belittled because of their weight while visiting a doctor for health care.

In all six countries, people who internalized that stigma, or blamed themselves for their weight, were more likely to avoid health care, the study found.

“They would get less frequent checkups with the doctor, they were more likely to view that their doctors were negatively judging them about their weight, and that their doctor had less respect for them and didn’t listen to their needs,” Puhl said.

Those beliefs persisted even if the person was not significantly overweight, the study found.

“I should note that body weight was not associated with any of those health care experiences, so it was just the internalization of that stigma,”Puhl said.

Prior research shows that when people experience weight stigma and internalize it, that itself can predict weight gain.

“A common perception is that a little shame or stigma might motivate people to lose weight, but that is not what we see in research,” Puhl said. “In fact, when people experience weight stigma this actually contributes to unhealthy eating behaviors, lower physical activity and weight gain.”

That pattern was also seen in both studies across all countries: The more people blamed themselves for their weight, the greater the weight gain in the past year — and the more they turned to food as a way to cope with stress.

“These findings really provide us with a compelling reason to be targeting not only weight stigma from doctors or health care professionals, but also finding ways to help people reduce the self-blame of stigma,” Puhl said.

Attitude change should begin at home, Puhl said, with loving conversation about healthy behaviors without “making the child feel completely ashamed or embarrassed or judged because of what their body looks like.”

“Our studies show that when parents shift the conversation to healthlybehaviors, that tends to be much more effective,” she said. “The focus isn’t on the number on the weight scale, but on the whole family eating fruits and vegetables, replacing soda with water, getting daily physical activity.

Adolescents often prefer to hear more neutral words, like “BMI” or “weight,” rather than “obese” or “fat” or “heavy,” but that can change based on individual preference and gender, Puhl said.

“One of the things we’ve also found, particularly for girls, is that even when parents bring up weight in a kind of more neutral way, it can still make them feel emotionally distressed, so it may be best not to mention weight at all,” Puhl said.

“I do think that we can substantially reduce weight stigma in the home environment by focusing conversations on health and health behaviors rather than the number on the scale or physical appearance.”

In additional to changing personal attitudes about obesity, its causes and who is at fault, Puhl said that local, state and federal governments should play a role in fighting weight stigma.

“In the United States, it is legal to discriminate against people because of their weight,” she said. “Only if you live in the state of Michigan, which passed a law in the 1970s, are you protected from discrimination (based on weight).”

A few cities have passed local ordinances, and additional states, such as Massachusetts, are trying to implement laws, but there’s no federal mandate against weight discrimination, such as not getting a job based on weight, Puhl said.

Yet research shows that there is “substantial public support in the US to pass laws that would make discriminating based on body weight illegal,” she added.

“This is a clear policy target that could make a real difference in people’s lives and send the message that this is a legitimate form of stigma and mistreatment that we’re not going to tolerate,” she said.

Change also needs to occur in medical institutions, Puhl stressed. “We need to be educating medical professionals early on in medical school, instead of waiting until they are in clinical practice,” she said.

One positive note: A consensus statement Puhl co-authored last year that called for the ending of weight stigma was signed by 100 international medical organizations.

Policy change can be implemented in schools as well, by making sure that kids are protected from weight-based bullying, Puhl said.