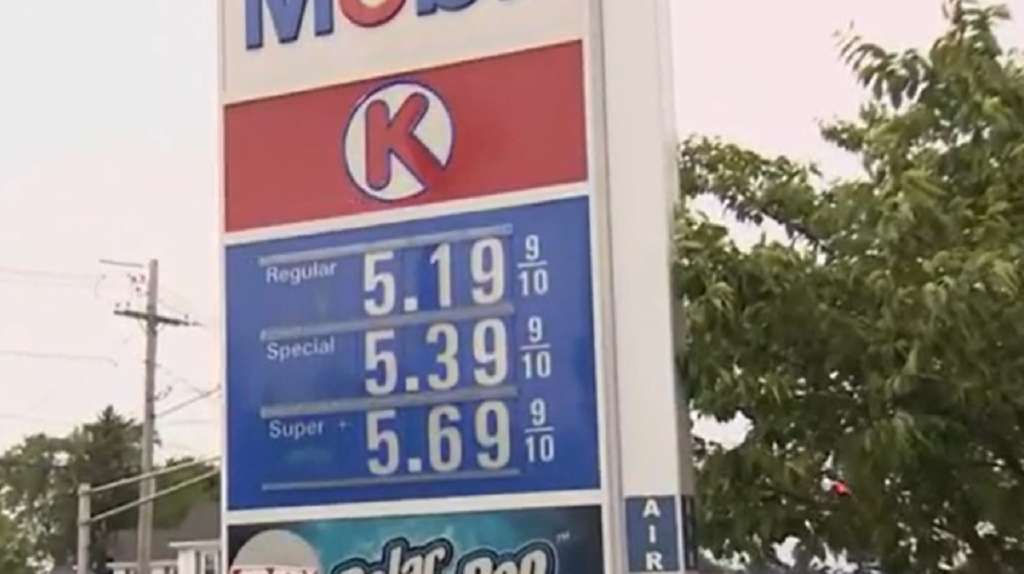 NEW YORK (AP) — An explosion at a liquefied natural gas terminal in Texas has left nearby residents rattled and is taking a substantial amount of the fuel off the market at a time when global demand is soaring.

Freeport LNG will be offline for at least three weeks, the company said Thursday, following a fire in its export facility. Few details were released about what happened. The company said no one was injured, and the cause is under investigation.

Melanie Oldham, who lives in Freeport, said she heard three loud bangs Wednesday morning and went outside to find out what was going on.

“It makes me feel like we are daily living with high risk of explosion, release of gas, public health issues for not only us in Freeport, but for all the people who go to those big beaches on Quintana Island,” said Oldham, a physical therapist and co-founder of Citizens for Clean Air and Clean Water of Freeport and Brazoria County. “We don’t know what could have been released into the air or even the water.”

Freeport LNG did not answer questions about what emissions were released during the fire.

Longtime Freeport resident Gwendolyn Jones, 63, said she was about a mile or two from the facility when she saw a white cloud hovering over it after the fire. She was concerned that Freeport residents weren’t evacuated or warned about the incident by local authorities and thought nearby residents should be given respirators to help reduce the risk of inhaling dangerous fumes.

“We should have meetings where we could discuss issues to make sure that this would never ever happen again, because I’m afraid of what’s going to happen next,” Jones said. “Nothing but the grace of God has kept us alive in these situations.”

Normally, Freeport LNG exports about 2 billion cubic feet of liquefied natural gas per day, about 15% of the nation’s LNG exports.

The shutdown comes at a time when global demand for LNG is high because many nations are trying to wean themselves off Russian gas, which is sent into Europe primarily though pipelines. U.S. exports have been soaring.

Most of Freeport LNG’s exports were going to Europe, according to Rystad Energy. Europe may be able to offset the lost volume with increases from other facilities, said Emily McClain, vice president at Rystad. Europe gets about 45% of its LNG from the U.S., and the rest comes from Russia, Qatar and other sources, she said.

Freeport LNG sells gas to a mix of buyers including major oil and gas companies, Asian utilities and commodities traders, and “those buyers will no longer be getting deliveries from Freeport until the facility is fixed,” said Ross Wyeno, lead analyst at S&P Global Commodity Insights. Wyeno said it’s unlikely that other LNG terminals around the world can increase production to pick up the slack because “everybody’s pretty much maxed out if they can be.”

As a result, LNG prices are increasing, and consumers in Europe are likely to feel the impact, Wyeno said. But in the U.S., natural gas prices are falling because a major buyer of gas — the LNG terminal — stopped buying, he added.

Lower domestic natural gas prices aren’t soothing the nerves of people who live near the terminal though. Freeport residents such as Oldham and Jones have long been concerned about the potential for incidents at the terminal.