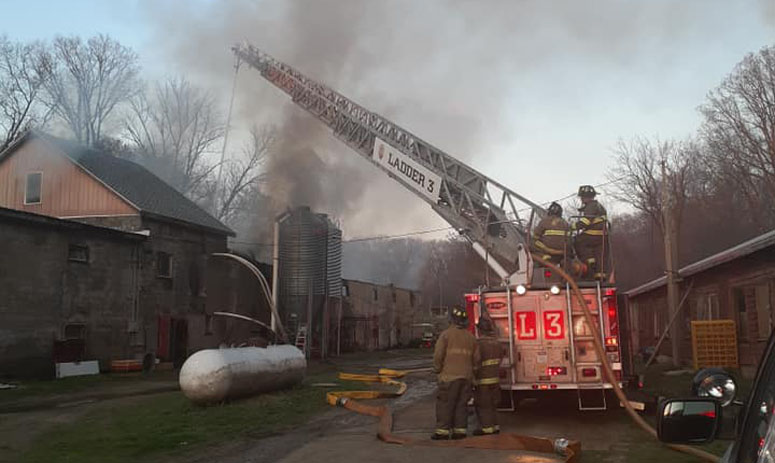 JOHNSTON, R.I. (AP) — An estimated 3,000 chickens were killed in a fire at a poultry farm in Johnston on Wednesday, the farm’s owners said.

Fire crews were called to Baffoni’s Poultry Farm on Greenville Avenue around 5 a.m. after a building housing 8,000 chickens caught fire, according to WPRI-TV.

The fire killed about 3,000 chickens in the first-floor coup, but crews were able to contain it before it spread to the building’s three other coops. No one was reported injured in the fire.

Paul Baffoni said the firefighters did a remarkable job getting the blaze under control. The farm has about 20,000 chickens, and its store was expected to open as usual on Wednesday.

Authorities are investigating the cause of the fire.