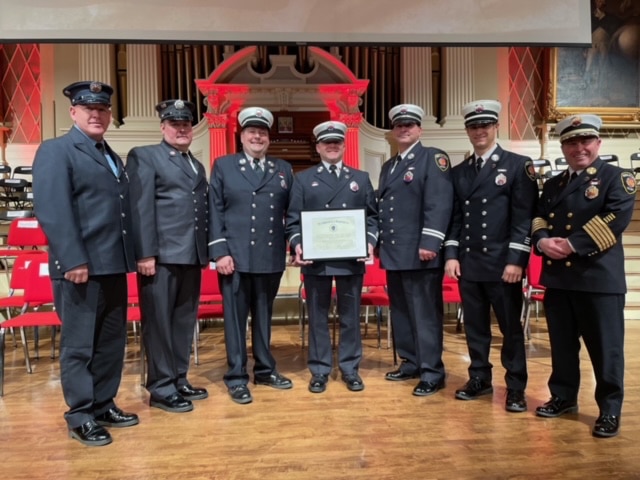 NORTH ATTLEBORO, MASS. (WHDH) - Firefighters from 17 Massachusetts fire departments were recognized at this years Firefighter of the Year Awards in Worcester Friday, including seven from North Attleboro who saved a man’s life, according to officials.

“It’s an honor to be recognized alongside my fellow firefighters and friends at the 33rd annual Firefighter of the Year Awards,” Coleman said. “We had no idea what was going to happen when we got onto that flight that day, yet I’m extremely grateful we were all there and well-prepared with our EMS knowledge as we were able to save a life that day.”

During the flight from Boston to Chicago, the group of active and retired firefighters were alerted to a man in a row behind them, who was experiencing symptoms consistent with a seizure. According to officials, the group quickly began performing CPR on the man and gave advanced life support until his pulse returned. The man was stabilized for the rest of the flight and transported to an area hospital upon arrival in Chicago.

The responders were on their way to Denver to visit the Fallen Fire Fighter Memorial in Colorado Springs in honor of those who have passed away, including North Attleboro firefighters Chris Cornetta and Jack White.

Officials said Friday’s event was the 33rd installment of the awards.