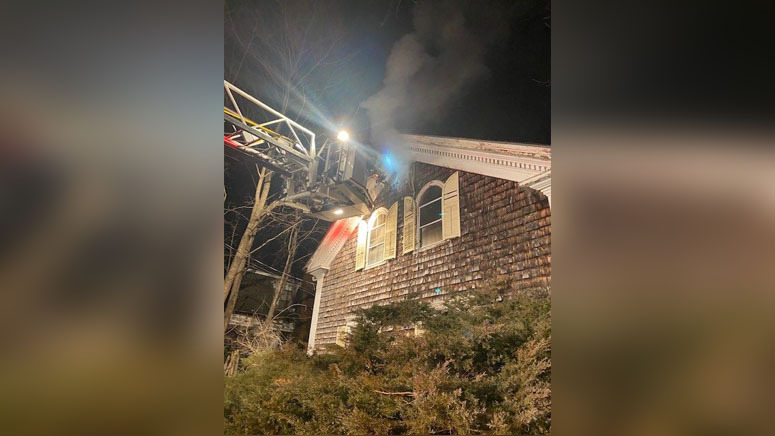 Firefighters responding to a 911 call after a fire broke out at a home Montello Street around 9 p.m. found smoke showing from the home’s second floor, fire officials said.

Crews determined that the fire was located in the kitchen area of the second floor, officials said. They were initially unable to gain access to that area due to a large number of household items stacked from floor to ceiling that were blocking the entryway.

Another crew arrived at the scene and gained entry through the attic where the fire had extended, officials said.

Two residents were located on the first floor in a room at the rear of the home and were brought to safety outside, according to fire officials.

Both were treated at the scene and then taken to Morton Hospital as a precaution, officials said. They are expected to make a full recovery.

Crews were able to extinguish the flames through a second-floor window by using a ground ladder, officials said. An aggressive attack was also made once firefighters were inside of the home.

Damages were estimated at $50,000 and the home was deemed inhabitable due to a large amount of clutter.

The cause of the fire is under investigation.