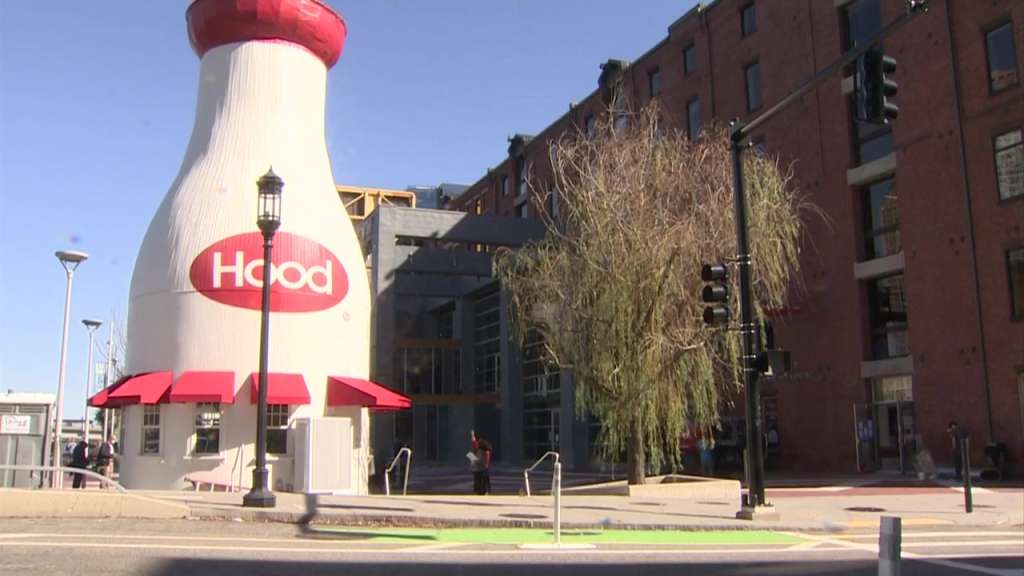 (CNN) — An investigation into how 12 elementary school students in Juneau, Alaska, were served floor sealant instead of milk at a child care program has revealed the chemical was mistakenly stored in a food warehouse, school district officials said.

In the spring of 2021, one pallet of floor sealant was erroneously delivered as part of a shelf-stable milk shipment to a warehouse used to store food for the Juneau School District, the district said in its latest update.

The floor sealant was later served to a group of students at the RALLY summer care program held at Sitʼ Eeti Shaanáx̱-Glacier Valley Elementary School as part of the breakfast, according to the district. Soon after, the students began complaining the milk they were served tasted bad and was burning their throats and mouths, the district said.

The investigation found the outside contractor responsible for making student breakfasts ran out of milk and sent staff to the warehouse to get more. Three boxes of the sealant were retrieved, one of which was brought back to the school, the district said.

In all, the district said, 12 children and two adults drank the chemical believing it was milk. After the children complained, staff “immediately smelled and tasted the ‘milk’ and looked at the container labels,” and quickly found the children had actually been given “slightly scented liquid floor sealant resembling milk,” the district said.

Once RALLY staff and workers from the outside contractor, NANA Management Services (NMS), realized the mistake, a RALLY site manager contacted poison control, the district said.

After parents were notified, some students were taken to a nearby hospital or their medical provider, the district said, adding some children also experienced headaches and nausea along with the burning in their mouths and throats.

As of Wednesday evening, the district said all 12 students were recovering and some had fully recovered.

Two of the other floor sealant boxes retrieved at the warehouse were delivered to two other schools, where they remained unopened, the district said.

“The Juneau School District Board of Education was appalled to learn of the food service error that occurred earlier this week,” the statement said. “Our immediate priority is with the students impacted by the incident and ensuring their recovery and continued safety.

“The Board is working to understand how this occurred and ensure we have proper safeguards in place that prevent this kind of error from happening again.”

Investigations into the incident are still ongoing and involve participation by the school district, City and Borough of Juneau, NMS, Alaska’s Department of Environmental Conservation and the Juneau Police Department, the statement said.

The school district also said it has been in contact with the Occupational Safety and Health Administration, Department of Education and Early Development, Department of Labor and the Department of Health and Social Services.

“NMS’s highest priority is the safety and well-being of our employees, clients, and the communities we serve,” the contractor NMS said in a statement. “Our safety team was immediately dispatched to Juneau on the day of the incident to investigate and assess every contributing factor to determine how this happened. We are working in cooperation with the Juneau School District, the Juneau Police, the City and Borough of Juneau, the Alaska Department of Environmental Conservation, and the warehouse contractor.”

The statement added, “To prevent a similar event from ever taking place in the future, we are implementing a corrective action plan that includes additional safety measures and renewed checks and balances. We deeply regret this mistake and the distress to families and other members of our community.”

What the school is doing in response

All sealant in the school has been accounted for and stored away from food service areas, the school district said, and the food storage warehouse has been inspected to ensure it now contains only food items.

DEC is also conducting an investigation and is expected to follow-up recommendations. The district is also preparing to submit “corrective action plans” to the DEC, the statement said.

The school also said there was a delay in notifying parents after the mistake was discovered, which has led them to evaluate the program’s communication protocols for quicker alerts.

“There was a delay in parent notification which was longer than it should have been. This caused families to learn about the situation from other people, which is not best practice,” the district statement said.

The Juneau School District Board of Education will hold a special public meeting on Friday, which representatives of NMS will attend, it said.