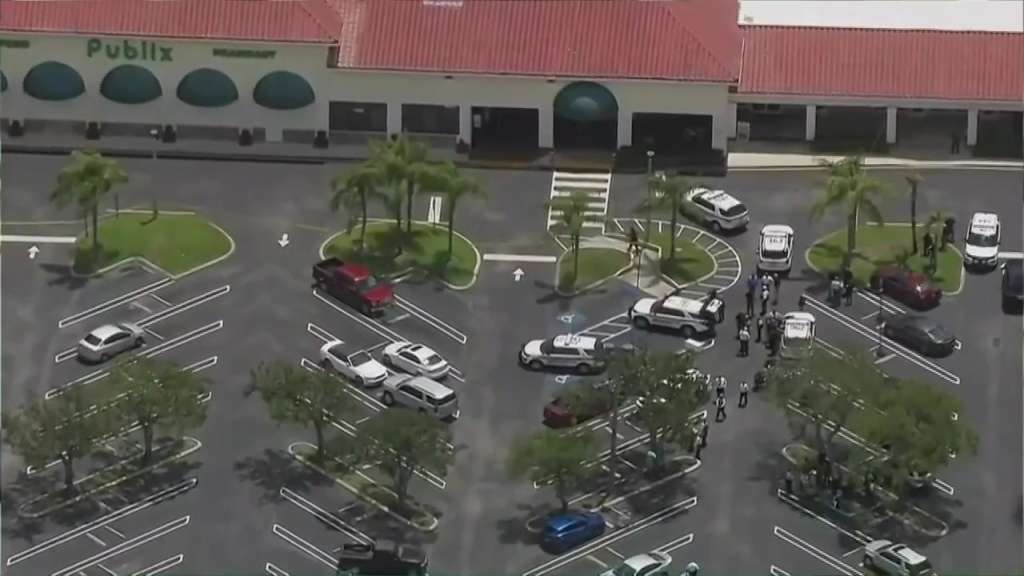 FORT LAUDERDALE, Fla. (AP) — The gunman who killed a grandmother and her 1-year-old grandson inside a Florida supermarket had declared bankruptcy earlier this year after falling deeply into debt, federal court records show, though detectives don’t know of any connection between him and his victims.

The shooting sent dozens of employees and customers fleeing the store as Wall then killed himself. No other injuries were reported. The sheriff’s office scheduled a Friday afternoon news conference to provide an update. Authorities have not released the victims’ names, citing a state law that allows survivors to block their release.

Meanwhile, he had accumulated more than $215,000 in debts, most of it owed on the home his ex-wife now owns, the bankruptcy file shows. She divorced him in 2018 and he had signed over their house to her in 2019, Palm Beach County court records show.

State records show that the couple once owned a dry cleaning business in the Publix shopping center. It is unclear when it closed, but Wall last filed an annual report with the state in 2012.

No previous criminal record for Wall could be found. Neither Wall’s bankruptcy lawyer, Ryan Loyacano, nor his ex-wife immediately returned calls Friday seeking comment. The Associated Press is not naming her to protect her privacy.

The shooting happened shortly after 11:30 a.m. Thursday in the produce section of a Publix located in a strip mall that also houses small shops and restaurants. Detectives initially said the shooter and the victims may have known each other, but their investigation has turned up no link, Barbera said.

Publix is Florida’s largest grocery chain and has more than 1,200 stores in the Southern United States. The company said in a Thursday statement that it was cooperating with law enforcement. The sheriff’s office said the supermarket would be closed until Saturday.

Royal Palm Beach is a middle-class suburb of 40,000 residents, about 15 miles (24 kilometers) inland from Palm Beach.