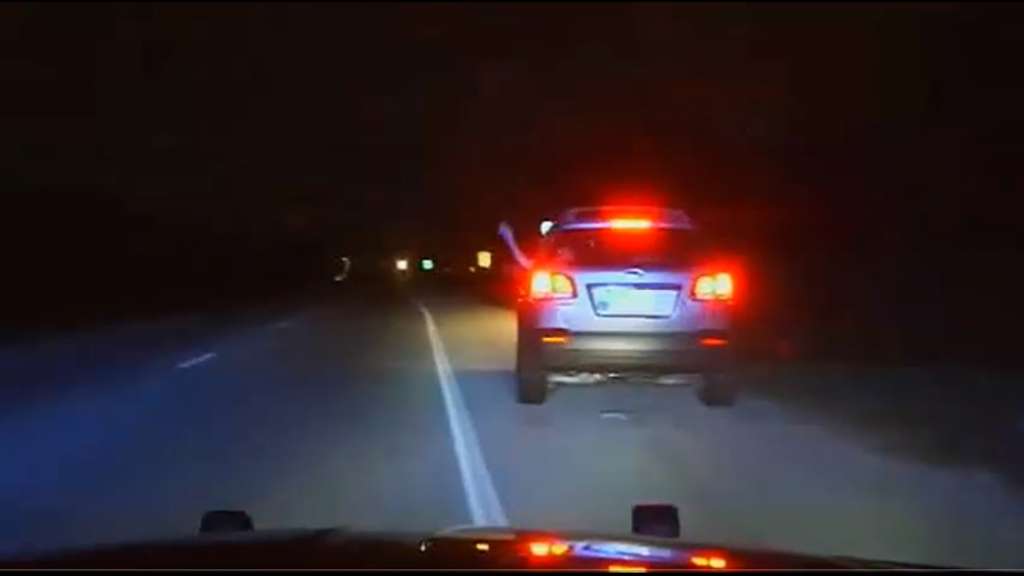 A little after 2 a.m. Tuesday, Troopers Michael Allen and Pete Christie saw an SUV speeding on a highway in Seminole County, Florida, according to an incident report.

The troopers pulled over the vehicle and the driver immediately starting waving his hands out of the front window, asking them to approach.

The driver told them his wife was having a baby.

The female passenger in the vehicle was having contractions that were about five minutes apart, the report said, but as the officers talked to the two and waited for an ambulance, her condition worsened.

Allen mentioned there were some communication problems with the radio as they were trying to confirm an ambulance was on the way, the report said.

That’s when he sprang into action.

“I approached the female and clearly observed the head of a baby emerging from the female’s birth canal,” he said in the report. “I was watching for the baby’s color and possible issues with the umbilical cord as the baby rapidly emerged and completely exited the canal.”

Allen said the father caught the baby and handed it to him, and he patted the baby’s back to assist with clearing the lungs.

Both the mother and the baby were taken to a nearby hospital and the father and older sister followed behind them.

Florida Highway Patrol says the family is doing well and confirmed no ticket was issued to the driver. CNN has reached out to the baby’s father who did not immediately provide comment.

Viewer Discretion Advised: Seminole County- FHP Trooper Mike Allen assisted a father this morning, in delivering his daughter, on the side of the road. The SUV was stopped as it was speeding towards the hospital. Congratulations to the family on their new baby girl. #trooperlife pic.twitter.com/FH8TjsNRhi