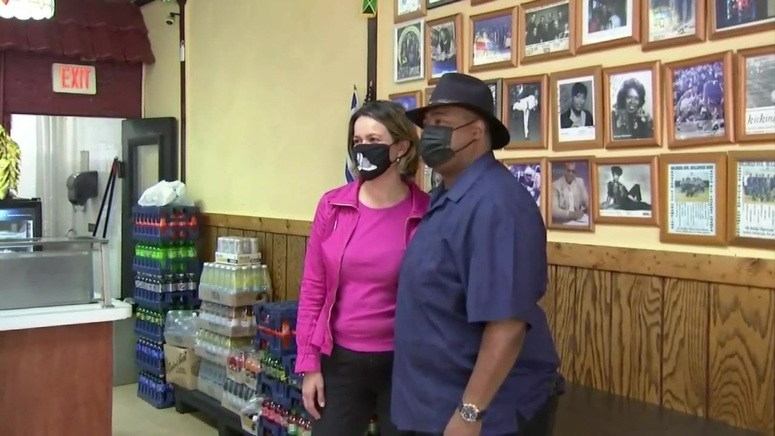 “When I was commissioner, I saw her everywhere,” Gross said. “Other people who are running for mayor, that were city councilors at large, I haven’t seen them!”