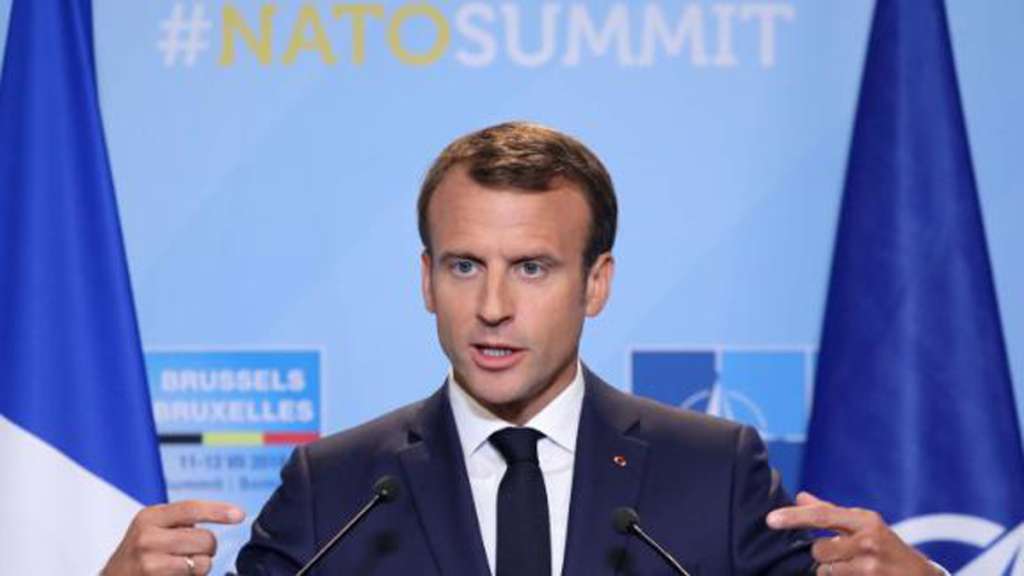 PARIS (AP) — French President Emmanuel Macron was inaugurated for a second term on Saturday, vowing to take action to avoid any further escalation of Russia’s war in Ukraine and promising he would promote France and Europe on the world stage.

“The time ahead will be that of resolute action for France and for Europe,” Macron said, promising to “take action relentlessly with a goal, which is to be a more independent nation, to live better and to build our own French and European responses to the century’s challenges.”

Macron also promised to find a “fair method” to govern the country and ease its social tensions by making the government and parliament work together with unions, associations and other people from France’s political, economic, social and cultural worlds.

“I will have only one compass: serving,” Macron said. “Serving our country … serving our fellow citizens … serving our children and our youth … to whom I pledge to hand down a more liveable planet and a more living and stronger France.”

For a president at ease speaking for hours on end, Macron’s speech was surprisingly short — and handwritten. But afterwards, he took time to shake hands, exchange cheek kisses and chat individually with scores of guests.

While Macron presided over strict lockdowns and coronavirus vaccine mandates as the pandemic swept through France, most COVID-19 restrictions have now been lifted and there was no sign of masks or social distancing at the inauguration.

The event seemed unusually child-friendly for French presidential ceremonies, with several dignitaries bringing their children — and at least two in baby strollers. Macron, 44, has no children of his own but has step-children and grandchildren, some of whom were there.

At his arrival in the reception hall of the Elysee, Macron winked at his wife, Brigitte Macron.

About 500 guests were invited to the ceremony. They came primarily from the world of politics, though also included actors, health care workers, military officers and former Presidents Francois Hollande and Nicolas Sarkozy. Most of those who received a coveted invite were white men in suits, despite a growing push for diversity in French politics.

Hollande, a Socialist who ran France from 2012 to 2017, said “I think there will be considerable hardship,” listing the war in Ukraine, rising prices, the decreasing purchasing power and climate-related issues.

“It means the responses will need to be up to the challenges,” he said.

Hollande noted Macron’s message that he will seek new methods to govern as a good point, “not only because it will be a very difficult period, but also because France is very divided.”

After his speech, Macron went to the gardens of the Elysee palace and listened to 21 cannon shots being fired from the Invalides plaza to mark the event, in line with tradition.

He also reviewed the military. Troops present at the ceremony included part of the crew of the Monge, the French navy’s second-biggest ship that is key to France’s nuclear deterrent. It was notably used for the tests of France’s nuclear-capable submarine-launched M51 missiles.

The symbol could be seen as a show of force at times when France is deeply involved in efforts to stop Russia’s war against Ukraine, including sending truck-mounted cannons and other heavy weapons.

Macron is expected to soon appoint a new government, ahead of France’s key parliamentary election in June, which will decide who controls a majority of the 577 seats at the National Assembly.

Macron hopes his party and centrist allies will be able to win big in the wake of the presidential election. They currently hold over 300 seats at the Assembly.

This week, France’s long-divided left-wing parties agreed to join forces in a new coalition to counter Macron’s strategy and seek victory in the parliamentary election. The Socialist Party joined the Greens and the Communist Party in hooking their wagon to the France Unbowed party of hard-left leader Jean-Luc Mélenchon.

Mélenchon on Saturday called on voters to give the left a parliamentary victory and make himself prime minister at the first meeting of the new coalition.

“There will be a government of the Popular Union… and that’s the (leftist) policies which will be implemented,” he said.