Galvin: It’s too late to mail ballots in for Tuesday 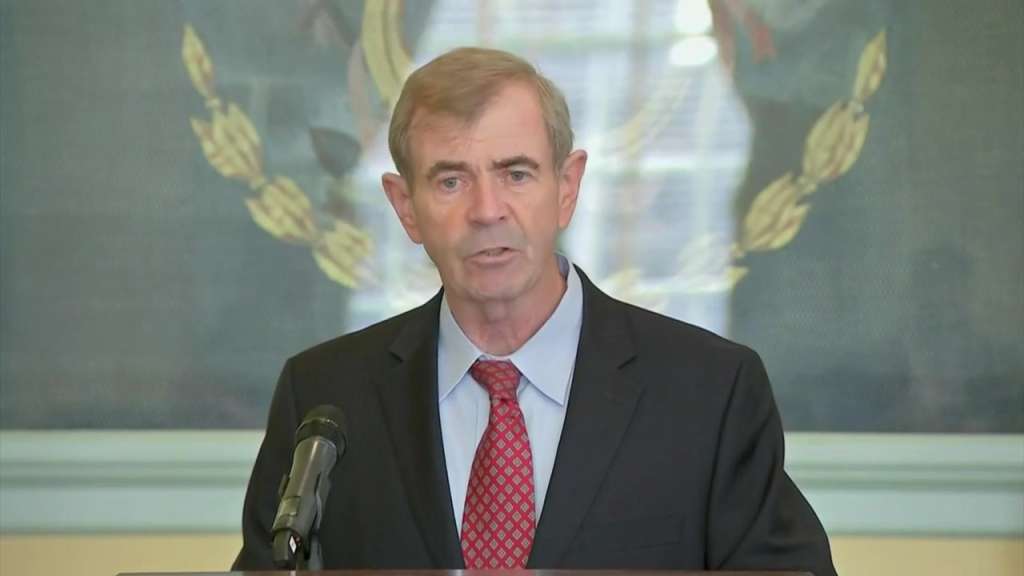 Massachusetts voters who have not yet mailed their ballot for Tuesday’s municipal elections should deliver it themselves or vote in-person, and ballots dropped into the mail in recent days might not arrive in time to count, the state’s top elections official said Monday.

On the eve of preliminary elections in 15 cities and towns including Boston, Secretary of State William Galvin urged residents concerned about their mail-in votes being recorded to consider alternative plans such as casting a ballot in person.

All mail-in ballots must be delivered to local officials by 8 p.m. Tuesday to count under a pandemic-era law authorizing mail-in voting with no excuse. The U.S. Postal Service could require several days to transport ballots to local officials, Galvin said.

“Since last year, the Postal Service has told us we can’t rely on them beyond three to five days,” Galvin told reporters in a pre-election press conference. “If you’re still looking at the ballot, don’t mail it. Either take it to a drop box or take it to the city or town hall in your community.”

Even some ballots shipped back in recent days might run into issues because of that travel time, Galvin said. Asked if a ballot dropped into a postal box Sunday morning could arrive too late to count, the secretary replied, “It’s a possibility.”

Galvin suggested several options for concerned voters. Anyone who sent their ballot in can track it online on the secretary’s website, which Galvin said will be updated several times during the preliminary elections.

“If they have any doubt about their ballot actually being counted, maybe the safest thng is to vote at the polls in person,” Galvin said.

Galvin’s office confirmed that any voter who shipped back a ballot could still choose to vote in person at their usual polling place, as long as their mail-in ballot has not yet been delivered. In those cases, the mail-in ballots would be rejected once they arrive.

For those who requested a mail-in ballot but have not already shipped it out, Galvin said they should either take it to a drop-off location or vote in person at their usual polling place.

“Do not mail it if you have not mailed it,” Galvin said. “My concern is, particularly if this ends up as a close election any place, but let’s take Boston as an example — some of the polling suggests it could be close for the second nomination. If that’s the case, the last thing we want is ballots that were mailed in good faith not counted.”

Any mailed ballots that arrive after the 8 p.m. deadline Tuesday will be stored, with their inner envelopes still sealed, without being counted, according to Galvin’s office. Voters in those cases will receive an official rejection notice.

Polls in all 15 cities and towns with Tuesday elections will be open from 7 a.m. to 8 p.m.

Three of those cities — Boston, Somerville and Lynn — have open mayoral seats, while incumbent mayors are seeking re-election in Brockton, Framingham, Gloucester, Haverhill, Medford, Newton and Salem. Peabody has city council and Municipal Light Commission races on the ballot, and Quincy voters will weigh in on selecting School Committee members.

Another three municipalities only have certain areas, not the entire communities, headed to the polls Tuesday. Malden’s preliminary election is only for Ward 8 councilor, Revere’s is for Ward 5 and Ward 3 councilors, and Worcester’s is for District 1 and District 5 councilors.

In Boston, Acting Mayor Kim Janey, City Councilors Andrea Campbell, Annissa Essaibi George and Michelle Wu, and former Boston chief of economic development John Barros are running for mayor. The top two vote-getters in that race will advance and face off in the Nov. 2 general election.

Galvin said Monday that it remains unclear if the new mayor’s term will start in November immediately following the general election. The city faced a likely special election after former Mayor Martin Walsh resigned in March to become U.S. labor secretary, but the Legislature suspended that requirement at the City Council’s request because the regularly scheduled fall election was so close.

The capital city’s preliminary election will also narrow the field of city councilor at-large candidates from 17 to 8, and it will trim the fields in City Council District 4, District 6, District 7 and District 9 down to two candidates each.

Similar to Galvin’s message, Boston elections officials on Saturday advised voters to place their mail-in ballots into one of the city’s 20 drop boxes, warning that “a vote-by-mail ballot sent by USPS has a possibility of reaching the Boston Election Department after the deadline.”

Galvin said he is “optimistic we’ll have a decent turnout tomorrow,” offering a “best guess” that Boston will see slightly more than 100,000 votes cast. In September 2013, the last time Boston had a preliminary election for an open mayoral seat, 113,319 voters cast ballots.

Galvin said he feels “very confident” that Boston’s elections department is handling the contest well. Officials have had “no issues” with drop boxes so far, Galvin said. A Boston resident was arrested last year after allegedly setting a ballot drop box on fire.

More than 50,000 Bostonians applied for mail-in ballots, and about 43 percent had been returned as of Monday morning, according to Galvin. That’s a lower level than in last year’s statewide primary election, when about 69,000 Boston voters submitted their ballots by mail.

“I know that things have changed since last year, when vote-by-mail was not only a novelty but also coming at a time when we were in a slower pace in our lives,” Galvin said. “Many people now have resumed going back to work, they have children in school, so the participation by vote-by-mail is somewhat less this year than we saw in 2020.”

Early in-person voting was also “somewhat lower than we might have thought” at about 8,000 votes cast, Galvin said.

Elections offices had less time to prepare for mail-in voting this time around than they did in 2020. Last year, Gov. Charlie Baker signed the COVID-related law authorizing no-excuse mail-in voting and expanded early voting on July 6, which was 57 days before the Sept. 1, 2020 statewide primary.

The Legislature allowed that law to expire on June 30 this summer, then ultimately restored the provisions in a bill Baker signed on July 29, a total of 47 days before the Tuesday preliminary elections.

The mail-in and early voting law is now set to expire on Dec. 15, about a month before voters in Revere, Winthrop and parts of Cambridge and Boston will select a new senator. Legislative leaders have not indicated if they plan to extend the law again to cover that newly set Jan. 11, 2022 special election, though the Senate intends to tackle a broader voting rights bill in early fall.