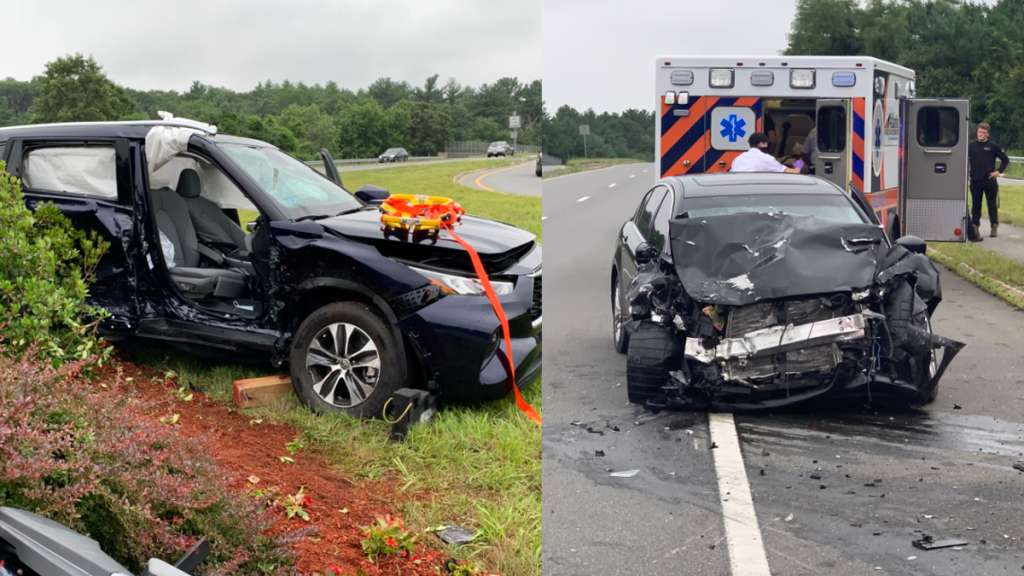 Emergency crews responding to a reported crash on Route 133 at the Interstate 95 overpass discovered a sedan with front-end damage and an SUV with damage to its passenger’s side, according to the Georgetown Fire Department.

Two passengers in the SUV were transported to a local hospital. Two other people suffered minor injuries.