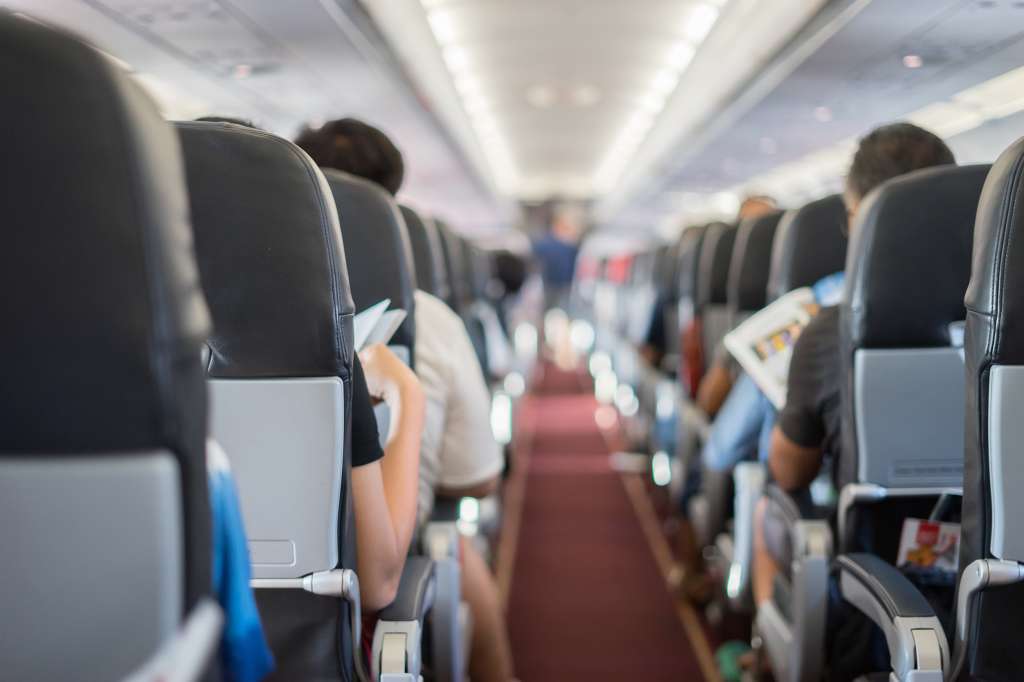 Some cabin crew say they're bracing themselves for violence whenever they go to work. Credit: Adobe Stock

A new search feature rolled out Wednesday tells users which flights have lower carbon emissions, giving them the ability to choose flights based on carbon emissions just as they would price or the number of layovers.

A basic search for flights will give an estimate of how many kilograms of carbon dioxide the flight will spew from start to finish. Users can prioritize their search by emissions, much like they can by price, if desired. Flights with emissions below the median get highlighted in green.

Google said the estimates are a combination of data from the European Environmental Agency and flight-specific information it gets from airlines and other providers. That data could include an aircraft’s age, model and configuration, the speed and altitude it flies at and the distance between the flight’s origin and destination.

Some flights may not have estimates because of a lack of data on certain aircraft or other missing information, Google said. The company added that the estimates don’t yet take into account what direction the plane is heading — a potentially significant factor if flying into or with the jetstream, or whether or not the flight is using biofuels or other alternatives.

Using the new tool, the least polluting flights from the Washington, DC area to Chicago are all United flights using Boeing 737s. The 128 kilograms of carbon dioxide falls 21% below the median. At the other end of the list — the biggest polluter — is a Frontier Airline Bombardier regional jet departing from Baltimore and making stops in Miami and Las Vegas while emitting 779 kilograms of carbon dioxide.

Airplanes account for a small portion of emissions that cause climate change — about 2% to 3% — but their share has been growing rapidly and is expected to roughly triple by mid-century with the global growth in travel.

The airline trade group Airlines for America says U.S. carriers have more than doubled the fuel efficiency of their fleets since 1978 and plan further reductions in carbon emissions. But the independent International Council on Clean Transportation says passenger traffic is growing nearly four times faster than fuel efficiency, leading to a 33% increase in emissions between 2013 and 2019.

The new emissions tool follows Google’s introduction last month of a way for people to find “eco-certified” hotels. Also on Wednesday, Google introduced technology that allows drivers to find more fuel-efficient routes on Google Maps and from Google’s Nest thermostat, upgrades that will help people find energy from the power grid during times of day when its sources are cleaner, such as from wind and solar.

“Climate change is no longer a distant threat — it’s increasingly local and personal,” Pichai wrote in a blog post. “We need urgent and meaningful solutions to address this pressing challenge,” he added, saying the company has committed to run its data centers and campuses on carbon-free energy by 2030.

Google, owned by Alphabet Inc., is based in Mountain View, California.