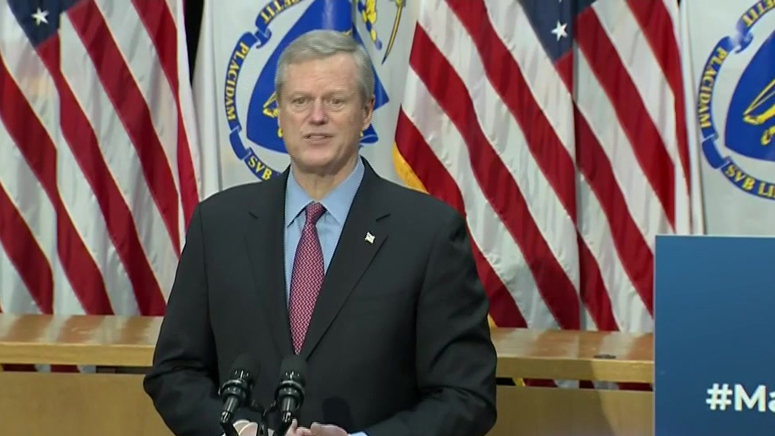 BOSTON (WHDH) - Gov. Charlie Baker on Friday announced that he signed “An Act Relative to Justice, Equity and Accountability in Law Enforcement in the Commonwealth,” which creates a mandatory certification process for police officers, increases accountability and transparency in law enforcement, and gives police departments a greater ability to hire or promote only qualified applicants.

“This bill is the product of bipartisan cooperation and thanks to the Black and Latino Caucus’ leadership on the hugely important issue of law enforcement accountability, Massachusetts will have one of the best laws in the nation,” Baker said in a statement. “Police officers have enormously difficult jobs and we are grateful they put their lives on the line every time they go to work. Thanks to final negotiations on this bill, police officers will have a system they can trust and our communities will be safer for it.”

The legislation will create for the first time a mandatory certification process for police officers through the Massachusetts Peace Officer Standards and Training Commission (POST).

The Commission, through a majority civilian board, will certify officers and create processes for decertification, suspension of certification, or reprimand in the event of certain misconduct.

Baker said he amended the bill to strengthen its due process protections for law enforcement, added police labor representation on the commission, and strengthened the bill’s facial recognition provisions ensuring law enforcement agencies can continue to access these potentially life-saving tools responsibly.

The new law identifies the general circumstances under which police officers can use physical force, and specifically bans the use of chokehold, and prohibits firing into a fleeing vehicle unless doing so is both necessary to prevent imminent harm and proportionate to that risk of harm. The bill also generally precludes officers from using rubber pellets, chemical weapons, or canine units against a crowd.

Violations of any of these provisions may provide grounds for an officer to have their certification suspended or revoked.

The bill places strict limits on the use of so-called “no-knock” warrants, requiring such warrants to be issued by a judge and only in situations where an officer’s safety would be at risk if they announced their presence and only where there are no children or adults over the age of 65 in the home. The legislation provides for an exception when those children or older adults are themselves at risk of harm. In addition, the bill requires law enforcement to seek a court order when conducting a facial recognition search except in emergency situations.

The legislation includes key provisions of the State Police reform legislation the Administration filed in January that provide new tools to improve accountability and discipline within the Department and to enhance diversity in the Department’s recruitment and promotional practices.

Those provisions include establishing a State Police cadet program, enhancing the Colonel’s ability to address and correct misconduct, updating rules governing promotions of uniformed members to officer positions, removing the requirement that the governor look exclusively within the State Police when appointing a colonel, and creating a new criminal offense for police officers who knowingly receive payment for a fraudulent claim of hours worked.