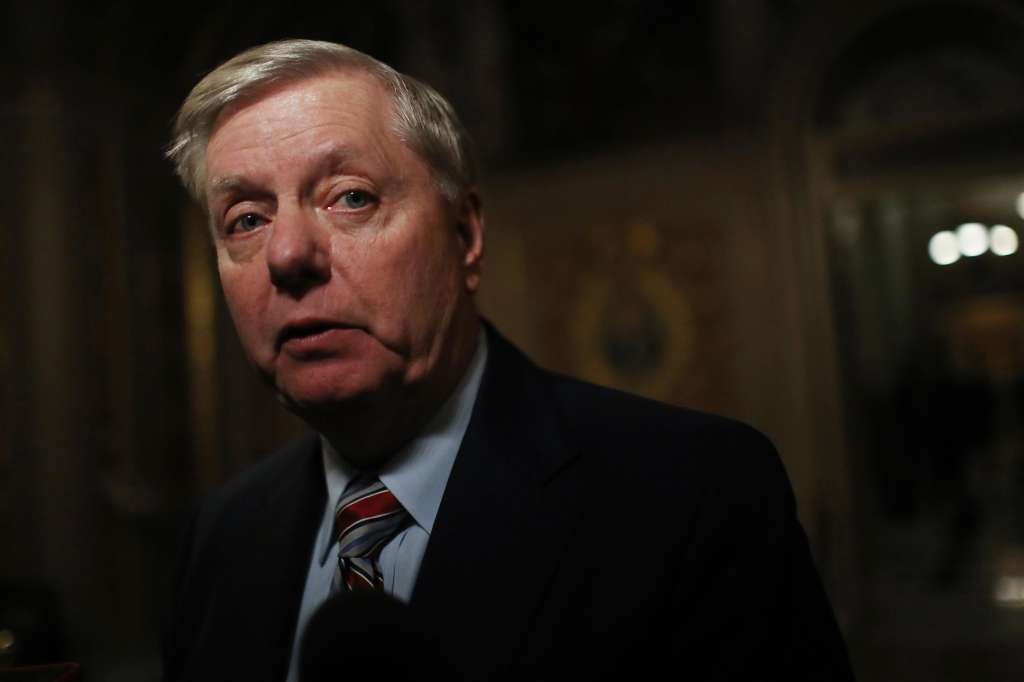 WASHINGTON, DC - JANUARY 29: Sen. Lindsey Graham (R-SC) speaks to the media following a break during the Senate impeachment trial at the U.S. Capitol on January 29, 2020 in Washington, DC. Wednesday begins the question-and-answer phase of the impeachment trial that will last up to 16 hours over the next two days. (Photo by Mario Tama/Getty Images)
CNN

(CNN) — Republican Sen. Lindsey Graham denied on Sunday that there is systemic racism in the US, claiming “America’s not a racist country” as President Joe Biden and others urge people to directly confront the issue as the nation grapples with a spate of police killings of Black Americans.

Citing the elections of former President Barack Obama, who is African American, and Vice President Kamala Harris, who is both Black and South Asian, Graham told Fox News that “our systems are not racist. America’s not a racist country,” adding: “Within every society you have bad actors.”

The comments from the South Carolina Republican come several days after a jury convicted former Minneapolis police officer Derek Chauvin on all charges in the death of George Floyd, a Black man whose killing last year sparked a racial reckoning in the US and abroad and led to calls for police reform as more Black Americans die during encounters with law enforcement officers.

“The Chauvin trial was a just result,” Graham said. “What’s happening in Ohio, where the police officer had to use deadly force to prevent a young girl from being stabbed to death, is a different situation in my view. So this attack on police and policing — reform the police, yes, call them all racist, no.”

“America is a work in progress,” he added.

Graham joins a growing list of notable Republicans who have denied there is systemic racism in the US, despite there being a widespread acknowledgment of it by everyone from Biden and elected officials on the local and state level to leading voices in the business world.

Congress, too, has grappled with the issue in recent months, with lawmakers currently debating a bipartisan bill to overhaul laws surrounding policing.

Republican Sen. Tim Scott, Graham’s colleague from South Carolina, has been an integral part of those discussions, and last week he floated a compromise on the issue of so-called qualified immunity, which critics say helps shield officers from accountability.

Scott said he is proposing shifting the burden of responsibility from individual police officers to their employers: police departments. He said the idea of allowing police departments to be taken to court but not individual officers “seems to be resonating” in his talks with both Democrats and Republicans.