Greece and France join Italy in making COVID-19 shots mandatory for health workers, telling the unvaccinated they won’t get paid 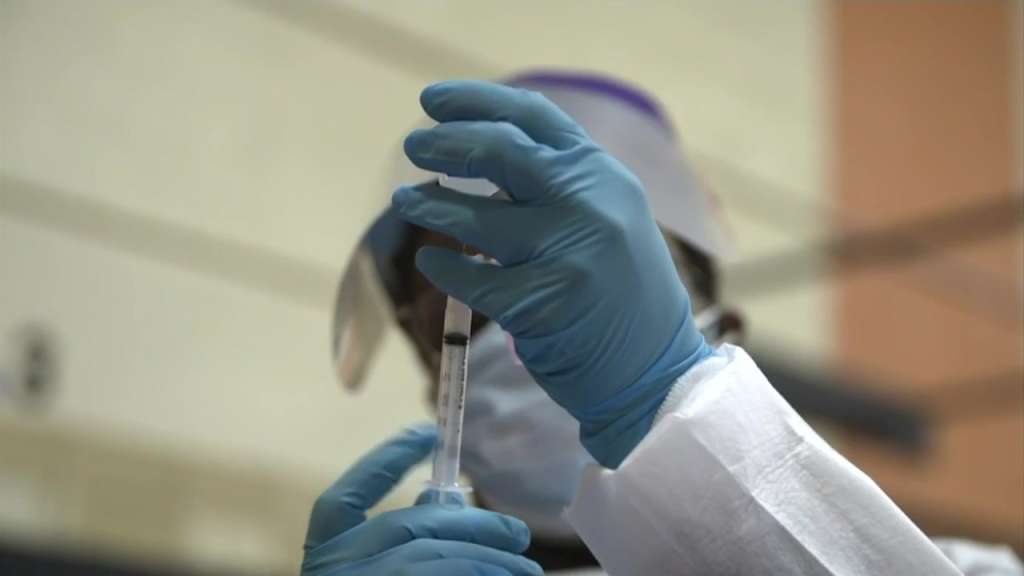 (CNN) — As Europe struggles with a rising number of coronavirus cases caused by the Delta variant, several countries are making vaccinations compulsory for health care workers, and some leaders are even considering making shots mandatory for all.

France and Greece both announced new vaccine requirements on Monday, following in the footsteps of Italy, which made vaccinations compulsory for health employees in April.

The UK government, which is pushing ahead with its unlocking plan despite strong warnings from experts, has previously said it will mandate shots for care home staff from October.

Not all health care workers are happy with the move. In Italy, several court challenges launched by those who do not want to get vaccinated are being heard this week. In the UK, a petition against the plan to make vaccines compulsory has attracted more than 72,000 signatures.

French President Emmanuel Macron announced on Monday that health care workers, care home employees and those who work with vulnerable and frail patients in France will have to be vaccinated by September 15. Speaking on LCI television following Macron’s announcement, health minister Olivier Véran added that unvaccinated health care workers will be banned from going to work and will not be paid after the September deadline.

Macron also hinted at the possibility of making the shot mandatory for everyone if the epidemic worsens. “Depending on the situation, no doubt we will have to ask ourselves the question of mandatory vaccination for all the French,” he said. “I have made the choice of trust and I am appealing to all our non-vaccinated countrymen to go and get vaccinated as soon as possible,” he added.

Meanwhile, Greek Prime Minister Kyriakos Mitsotakis announced on Monday that vaccinations will be mandatory for nursing home staff, effective immediately. Those who refuse will be suspended from work starting August 16, he said, adding that from September, vaccinations will be compulsory for all health care workers in both public and private sectors.

Mitsotakis said that, starting on Friday and until the end of August, only those who have had the vaccine will be able to visit indoor commercial areas like entertainment centers, bars, theaters and cinemas.

“The country will not shut down again because of the attitude of some,” he said, adding that “it is not Greece that is in danger, but the unvaccinated Greeks.”

Germany’s Chancellor Angela Merkel said Tuesday that her government had decided not to make vaccines compulsory, adding that she believed many more people still wanted to get vaccinated. She said it was up to the authorities to make both information and vaccines more accessible.

She stressed that the country’s Covid restrictions would not be lifted until more people have got their shots.

The moves by France and Greece come as both countries — and indeed most of Europe — see a steep increase in cases of the coronavirus caused by the Delta variant. The strain, first identified in India earlier this year, is more transmissible and has spread across the world in recent months.

The threat posed by the Delta variant has prompted several European governments to reintroduce restrictions in recent days.

The Netherlands reinstated curbs on nightclubs and restaurants on Friday after seeing a spike in cases. Dutch Prime Minister Mark Rutte apologized for easing the restrictions at the end of June, telling reporters on Monday that it had been an “error in judgment.”

The Spanish regions of Valencia and Catalonia have introduced new restrictions on social gatherings and hospitality, while Portugal has reinstated a curfew in some high-risk areas and said it would start requiring tourists to show a negative test or a vaccination certificate in order to stay in hotels.

Even as most of Europe steps on the emergency brake, the UK government remains adamant that it will drop nearly all remaining coronavirus restrictions in England next week.

Prime Minister Boris Jonson confirmed on Monday that the easing will happen despite a steep increase in Covid cases; he admitted this would lead to “more hospitalizations and more deaths from Covid.”

He justified the move by pointing to the country’s high vaccination rate and added that it was better to open the economy now, when schools are closed for summer holiday and the weather is good.

“If we were now to delay this fourth step [in the reopening process] — for instance to September or later — then we would be reopening as the weather gets colder and as the virus acquires a greater natural advantage and when schools are back,” he said at a news conference on Monday.

The decision to push ahead comes despite stark warnings from experts and medical professionals. The British Medical Association (BMA), the doctors’ trade union, called the government’s plan “irresponsible and perilous.”

“Scrapping the remaining restrictions next week — when a significant proportion of the population will not have been fully vaccinated — will give this deadly virus an opportunity to re-tighten its grip; pushing infection rates up, increasing hospitalizations and people ill with long-Covid, risking new vaccine-resistant variants developing, and putting more lives at unnecessary risk,” Dr. Chaand Nagpaul, the BMA’s council chair, said in a statement.