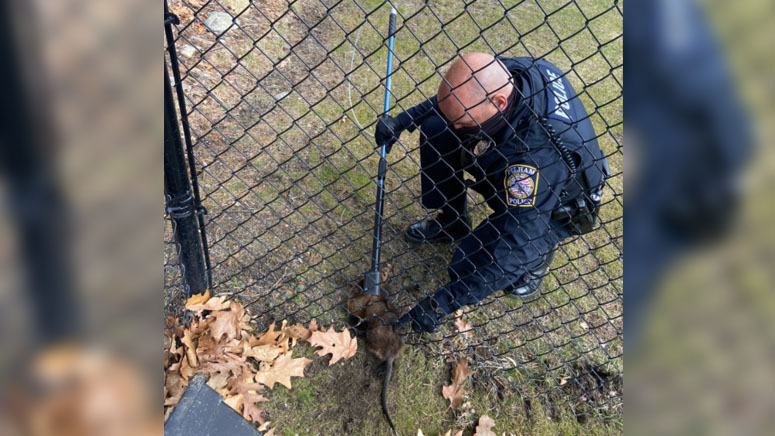 Police in Pelham, New Hampshire decided to let a groundhog off with a warning after he stole an officer’s glove during a rescue mission.

Officers responding to a report of groundhog stuck in a fence were able to free the wild animal and return him to his family.

The groundhog had stolen an officer’s glove but police joked on Twitter that they decided not to charge him criminally.

This groundhog was stuck in a fence. Sgt. Barbato & Ofc Huertas were able to free him and return him to his family after he stole one of our gloves. We elected not to charge him criminally. pic.twitter.com/OnBxvIomvB