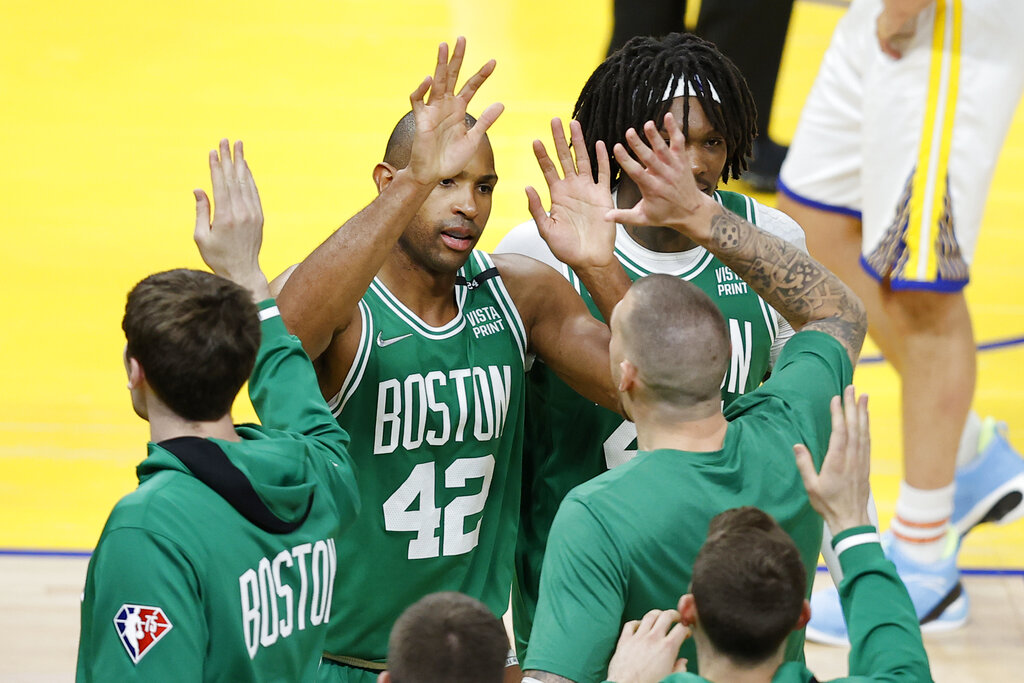 SAN FRANCISCO (AP) — The wear and tear from back-to-back seven-game series seems to be taking its toll on the Boston Celtics at the worst possible time.

Tired legs have led to shots falling short down the stretch in back-to-back losses that have left the Celtics on the brink of elimination heading into Game 6 of the NBA Finals on Thursday night in Boston.

The Celtics missed 11 of 15 shots in the fourth quarter of a 104-94 loss to the Golden State Warriors in Game 5 on Monday night.

“I had a couple shots that were short,” star Jayson Tatum said. “I just got to not fade as much. Use my legs. You’re going to be a little more tired in the fourth than you are in the first quarter. You got to get your legs a little more under you on a couple of those shots. Give yourself a chance.”

The Celtics are the 12th team in NBA history to win Game 7s in back-to-back series before the finals, with nine of the previous 11 losing their next series.

The latest loss mirrored the 107-97 defeat in Game 4 when the Celtics shot 30.8% in the final quarter, with Tatum missing four of five shots in both games and missing two free throws on Monday night.

“Part of that could be fatigue,” coach Ime Udoka said. “Expended a lot. Obviously, him playing 44 minutes, he was one of our main guys rolling. When he got it going in the third, we rolled him a little bit longer there. The bench production wasn’t as sharp as usual, so we ran Jayson longer. Some of that fatigue and decision making could play a part in the fourth quarter.”

The Celtics have had to ride Tatum hard this postseason after sweeping Brooklyn in the first round. Boston then needed seven games to beat Milwaukee in the second round, including a road win in Game 6, and seven against Miami in the Eastern Conference finals capped by a Game 7 road win.

That has led to Tatum playing 943 minutes already this postseason, the most for a player since LeBron James played 960 in 2013 for Miami.

“That probably has something to do with the misses,” Udoka said. ”Not only free throws but some of his 3-pointers being off a bit.”

“I wanted to be on the floor,” Brown said. “Ime trusted me to be out there. Over the course of the game, we made some good plays. We were in it. I felt like we just couldn’t get over the hump.”

Now the Celtics will try to change their fortunes back home in Game 6 on Thursday night.

If the Celtics do manage to pull off the comeback and become the 10th team to overcome a 3-2 finals deficit and the fifth to do it without both games at home, it would cap a historic playoff run.

Only one team has ever won three Game 7s in a single postseason, with the Lakers doing it in 1988, beating Utah, Dallas and Detroit at home on the way to a repeat title.

Boston would have to do it by winning two Game 7s on the road, something that has never been done in a single postseason.

“You better be confident, right?” Tatum said. “We ain’t got to win two in one day. We just got to win one game on Thursday. We’ve been in this situation before. So it’s not over. Got to win on Thursday. That’s all we got to worry about right now.”