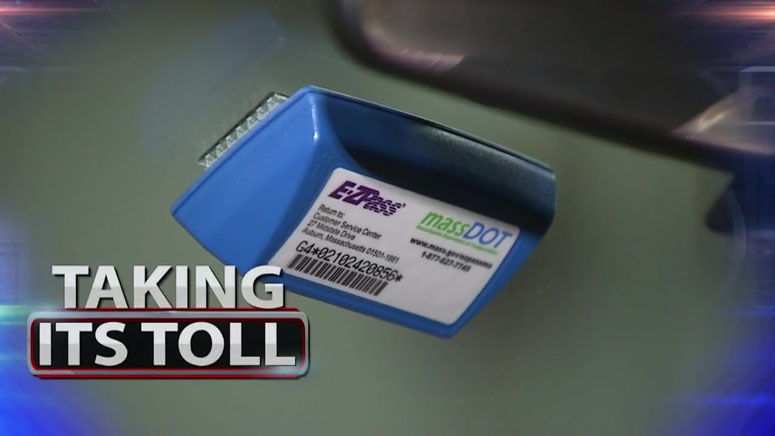 CONCORD, MASS. (WHDH) - A local couple was home, sheltering in place during the pandemic. So why was their car was being charged for tolls in another state? Hank’s investigation gets answers and action.

Cynthia’s red four-door sits in her Concord driveway. Exactly where it’s been for weeks.

It’s been parked there all through April while she and her husband sheltered in place during the COVID crisis, doing jigsaw puzzles in their living room.

“We were following the governor’s order and we were not leaving,” Cynthia said.

So when Cynthia got her April EZ Pass bill she was baffled. It said her car went through tolls in New York, a COVID hot spot.

“What do you think about that?” Hank asked.

She was billed for 60 different tolls with charges totaling more than 600 dollars.

“It said we were on the Bronx, Whitestone Bridge, the Throgs Neck Bridge, and the RFK Bridge in New York City.

I’d never been on those bridges,” Cynthia said.

Not a chance her car was in New York. She says she spent hours on the phone with EZ Pass trying to get the errors fixed.

“I made many calls,” Cynthia said. “Pretty frustrating.”

What happened? We found Cynthia’s toll trouble is because of the way Massachusetts issues license plates—and a glitch in the EZ Pass system.

The problem is Massachusetts, one of the 17 states connected in the system, uses the same numbers on different types of plates. For example, there could be Mass passenger 1234, but also commercial 1234, Cape and Island 1234, Red Sox, Purple Heart, and more.

When a special plate like that gets an electronic toll, cameras snap a photo of it, and then it’s looked up in the EZ Pass shared system so the car can be charged.

But we found those files do not provide “plate type” information! So if commercial 1234, for instance, goes through, passenger 1234 could get the bill.

And that’s what happened to Cynthia. We found the numbers on Cynthia’s plate, and we’ve blurred some of them for privacy, were also issued to a Massachusetts ambulance plate.

“I was stunned,” Cynthia said.

And that’s the vehicle that was actually going through the tolls in New York, one of the ambulances sent on a mission to help out in that hot spot during the pandemic.

We first exposed the duplicate plate glitch years ago. But 7 Investigates still gets dozens of complaints from drivers saying they’re being incorrectly charged for someone else’s tolls.

When we told EZ Pass about Cynthia they promised to refund her money.

“You were you were very helpful in this,” Cynthia said. “And I really appreciate your helping me and other consumers who probably had the same problem. And very grateful.”

Back when we first discovered these duplicate plates EZ Pass agreed it was a problem and said they were trying to fix it. But now, when we asked them the same question, their answer is pretty much the same: they’re “working on potential solutions.”

If you were incorrectly charged for tolls let us know, email TellHank@whdh.com