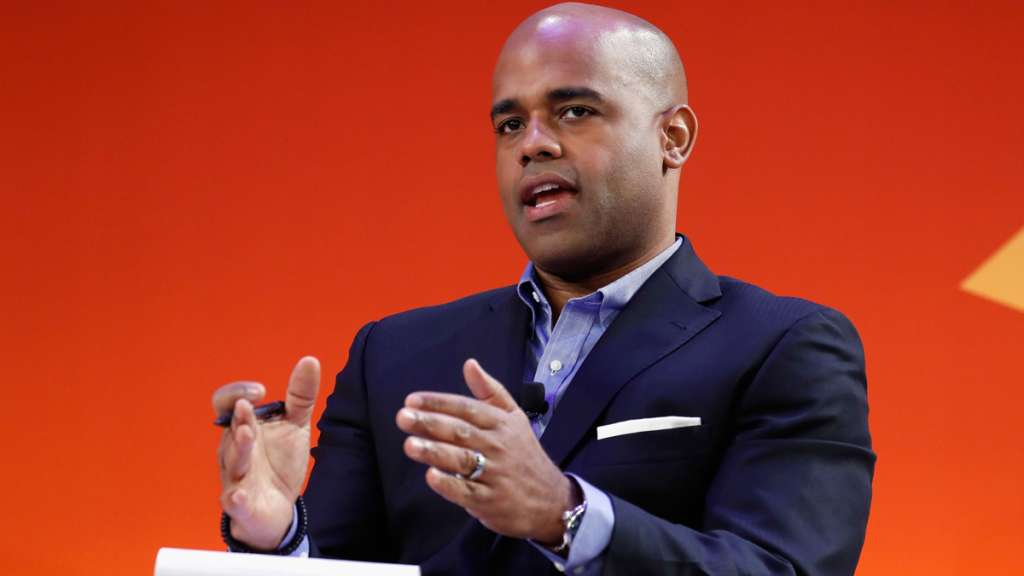 A trio of tweets from November 2010 got renewed attention in the day since Simmons’ hiring was reported. In one, he wrote, “Just saw 2 undocumented folks talking on MSNBC. One Law student the other a protester. Can someone explain why ICE is not picking them up?.” Minutes later, he responded to a user saying he was “not mixing anything or suggesting ICE shld pick them up. Just seems odd u can go on TV & admit breaking law & not be arrested.”

And, in what appears to be an attempt to do clean up, Simmons tweeted again that same day, “I’ll try this again: Just saw 2 undocumented folks talking on MSNBC and have serious legal question. Why wouldn’t ICE pick them up.”

In a statement obtained by CNN, Simmons wrote, “As a pundit for much of my career I have tweeted a lot and spoken out on public issues. Sometimes I have been sarcastic, unclear, or just plainly missed the mark. I sincerely apologize for offending those who care as much as I do about making America the best, multi-ethnic, diverse democracy it can be. I know the role I am taking on is to represent the Biden-Harris administration, and I will do so with humility, sincerity and respect.”

In a tweet later Friday, Simmons wrote: “For the record, I’ve never advocated for, nor believed that Dreamers should be targeted by ICE agents. I’ve been for DACA + comprehensive immigration reform for years. Frankly, it’s depressing ppl can forget about every other thing I’ve said in public on this bc of bad tweets.”

Harris, Simmons’ new boss, leads the administration’s diplomatic efforts in stemming the flow of migration from the Northern Triangle and she’s faced scrutiny and criticism in her role, including from Republicans who have sought to cast her as the face of the Biden administration’s politically perilous immigration issues.

She has also faced criticism from progressive immigration activists who say the administration has not done enough to unwind former President Donald Trump’s immigration policies after about a year in office.

News of Simmons’ hire was the first of what is expected to be a communications overhaul of sorts for the vice president, who spent her first year in office in defense mode following a myriad of reports, including by CNN, of staff infighting and dysfunction. It’s yet another tough break for a vice president who has been shadowed by communications issues throughout her first year in office.

Simmons, according to various biographies, has worked in politics and media for more than two decades, helping elect former Democratic presidents like Bill Clinton and Barack Obama as well as appearing on CNN, NPR, MSNBC and CBS among others.

This story has been updated with an additional comment from Simmons.