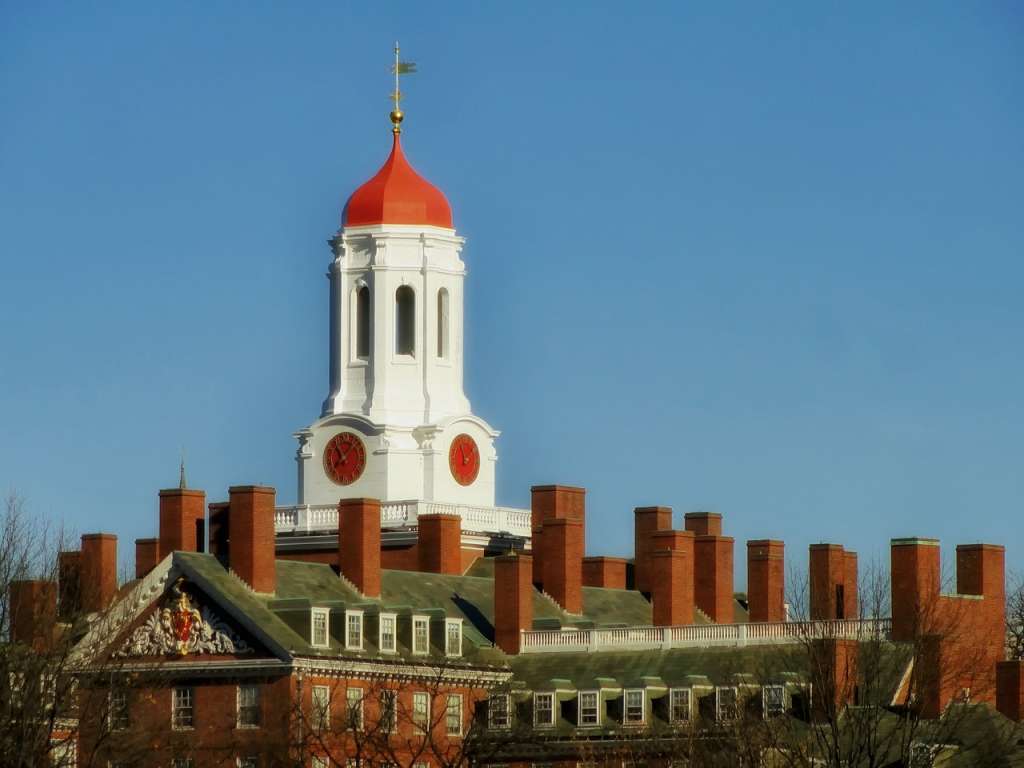 Lloyd grew up nearby, in Boston’s Roxbury neighborhood, but her family learned only recently of ancestors who were kept as slaves by Harvard benefactors during the first decades of the famed institution.

“I felt that my ancestors were saying ‘Thank you, God,’ for it finally coming to light,” said Lloyd, 42. “I think this is the first step toward healing.”

Among the most startling revelations in Harvard’s report was the list of more than 70 people kept as slaves by Harvard leaders and supporters, often on or near the campus in Cambridge, Massachusetts. Their living descendants are estimated to number in the tens of thousands, including some who lived and worked in the Boston area without knowing their family connection to the Ivy League school.

The report from Harvard came with a pledge to atone for its wrongs and the profits it reaped from cotton, sugar and other trades that relied on slave labor. The oldest and wealthiest college in the nation, Harvard said it would establish a $100 million fund to enact a series of recommendations in the report.

Among them is a call to identify descendants of the slaves and build relationships with them, with the aim of helping them “recover their histories, tell their stories and pursue empowering knowledge.”

For Lloyd and other descendants, the discovery has brought sadness and joy.

The Lloyd family learned that it descends from Darby Vassall, the son of Tony and Cuba, an enslaved couple kept by a wealthy family that helped found Harvard’s law school. Darby went on to become an abolitionist and prominent figure in Boston’s free Black community.

It was all the more stunning, given her family’s chance encounters with Harvard. Her sister, Jordan, for example, once worked as a waitress there.

Harvard researchers have been studying the topic for years and so far have identified a few dozen living descendants. They estimate there could be more than 50,000 scattered across the United States.

Lloyd’s family learned of its ancestry in 2019 through Carissa Chen, then an undergraduate at Harvard researching the school’s role in slavery with the guidance of a history professor.

“The descendants often responded with utter shock,” said Chen, now a Rhodes Scholar at Oxford, in an email. “Some felt a wave of joy and excitement, others reacted with a somber sense of understanding and loss.”

Roberta Wolff, 79, also learned only a few years ago that she descends from Darby Vassall. Wolff grew up in Boston’s South End, just miles from Harvard. It was the first time she learned of slavery in her family tree.

Wolff had aspirations to become a nurse, but her family didn’t have the money to pay for college. She went to work for airlines for over three decades, working ticket counters and other jobs at airports around the country while raising a family. More recently, she was working at a casino near her home in Bellingham, Massachusetts, until the pandemic.

She hopes Harvard, through this effort, finds a way to help struggling students.

“I’m hoping Harvard tries to reinvest some of its resources that are tied to slavery so we can help other children in the public schools, like maybe help out the communities that are suffering and low income and help the students go to college. That would be a great idea,” she said.

Some others have doubts about Harvard’s commitment. Tamara Lanier sees the report a “public relations move” and worries there will be no meaningful action.

Lanier, 59, of Norwich, Connecticut, is fighting Harvard in court, trying to gain ownership of several 1850 photographs depicting two ancestors who were enslaved in South Carolina at the time. The photos were commissioned by a Harvard scholar whose discredited ideas were used to support slavery.

Harvard has used the images to promote its own research on slavery and says the university is the rightful owner.

“The way they have treated the descendants of slaves, my family in particular, is shameful,” she said. “I have lost faith in Harvard that they will do the right thing.”

The new Harvard report calls on the university to “make a significant monetary commitment” in its reparation efforts, but it does not recommend financial reparations to descendants. Some critics have said reparations should be part of the effort, especially given Harvard’s $53 billion endowment.

Lloyd is among those who thinks Harvard should make direct contributions to descendants. But she also wants the funding to support education and further research. Last year, her family started the Slave Legacy History Coalition, a Boston-area group that meets to honor the lives of slaves and fight the legacy of slavery.

“I’m not looking for Harvard to make me rich,” she said. “What we would like is for them to come together and support our coalition. Because we’re all in this together.”