HAVERHILL, MASS. (WHDH) - A Haverhill firefighter was rushed to the hospital after being shocked while fighting a blaze that was sparked by a powerful storm that blew through the region overnight, an official said.

Fire crews responding to a house fire on State Street found that a downed tree had fallen onto some power lines, touching off a house fire, a fire official said at the scene.

An unnamed fire lieutenant was taken to the hospital after being shocked during the firefight.

Their condition was not immediately released.

In Methuen, tree limbs snapped like toothpicks as wind gusts roared overnight and throughout the day on Thursday.

A tree limb sliced through the roof of a home on Hidden Road and punctured a man’s bed, according to Methuen Police Chief Joseph Solomon.

Fortunately, the homeowner had decided to spend the night sleeping downstairs. 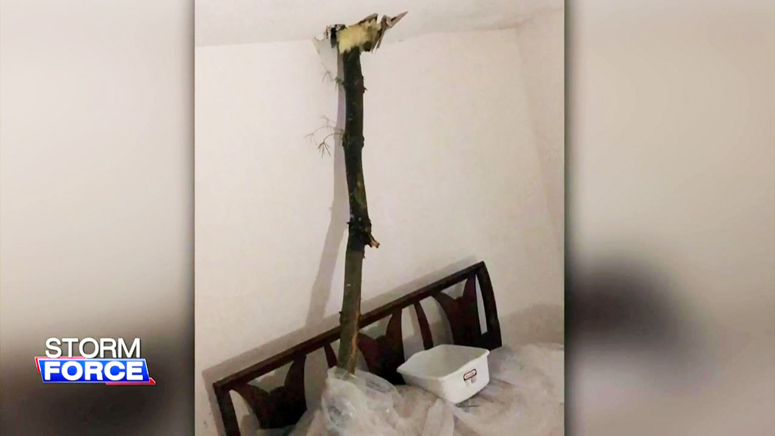 “The tree came right through and literally punctured through the wall. It went right through his pillow into his bed,” Solomon said. “It would have speared him and it would have been fatal. He said because of his trees, he always sleeps downstairs during storms.”

Officials are urging residents across the Merrimack Valley to steer clear of downed power lines and tree branches.