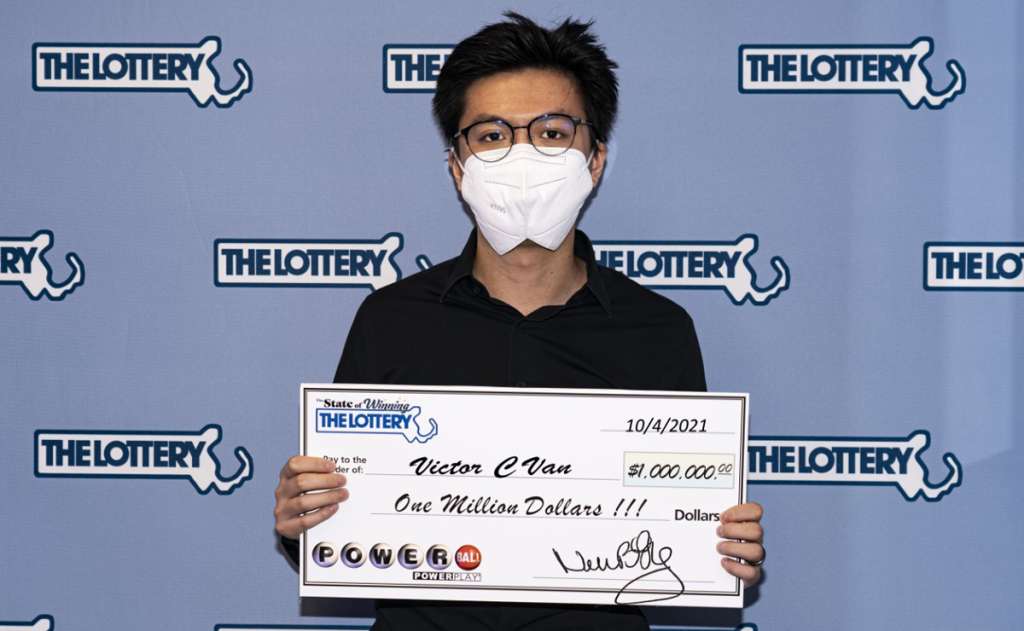 HAVERHILL, MASS. (WHDH) - A Haverhill man has become the second $1 million prize winner from Massachusetts to secure a piece of a Powerball drawing earlier this month that featured a $699.8 million jackpot.

Victor Van won the prize by matching the first five numbers on his Quic Pic ticket. Van says he plans on putting his winnings toward his education and helping his family pay off their mortgage.

Van’s winning ticket was purchased at Bradford Mobil Mart on Main Street in Haverhill. The store will receive a $10,000 bonus for the sale.

He joins Raymond Carey, of Seekonk, who claimed his $1 million prize earlier this month.

Carey purchased his ticket at Downtown Convenience on Boylston Street in Boston.

The winning ticket for the $699.8 million jackpot was sold in California.