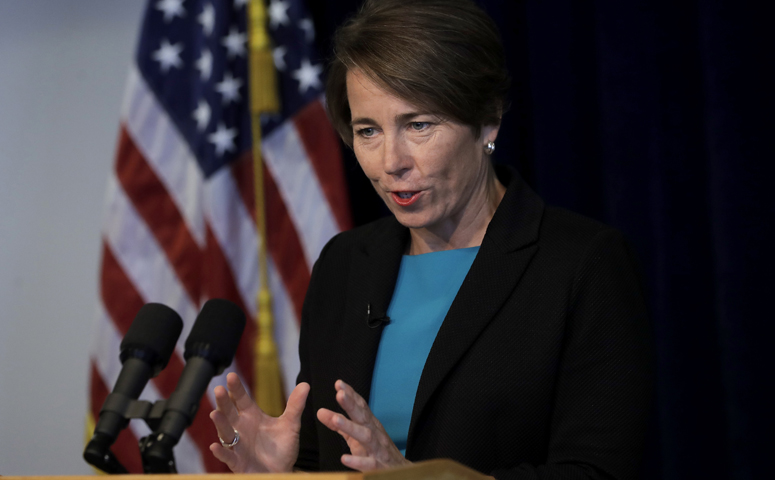 Responding to a cadre of South Shore lawmakers who had asked her to intervene and address what they described as potential regulatory and civil rights violations impacting environmental justice communities, Attorney General Maura Healey said last week that her office will keep a close eye on a natural gas compressor station in Weymouth and is open to collaborating with lawmakers to change the permitting process for future projects.

Last month, South Shore lawmakers who have long opposed the Weymouth project wrote to Healey with complaints that project operators and state agencies failed to provide sufficient notice to residents, particularly those in designated environmental justice communities, ahead of several important hearings and public comment periods.

“In response to your concerns about public notices to environmental justice communities near the project, my team asked MassDEP to closely examine past public involvement practices with the facility and encouraged the agency to explore additional options for improvements going forward, including ensuring community responsive translation,” Healey wrote in her letter last week. “Public involvement by all communities, but especially environmental justice communities, is equally important. We understand that MassDEP intends to speak again with community leaders to solicit further feedback on what additional steps the agency could include in the current public involvement plan related to cleanup at the site to address any ongoing concerns.”

Healey has previously called for Massachusetts to steer away from expanding natural gas infrastructure but has not vocally and directly opposed the compressor station that Enbridge sought and now controls in Weymouth.

In her letter, however, Healey said she is “deeply concerned about the recent emergency natural gas releases at the facility,” and that her office has been in touch with federal regulators to discuss the issue.

She said her office and the Department of Environmental Protection have “administrative, civil, and criminal enforcement options when our environmental laws are violated” but did not say that her office would take any action.

The attorney general also told the lawmakers that she would “welcome the opportunity to partner with you on legislative changes that could alter the permitting processes and outcomes in future cases.”