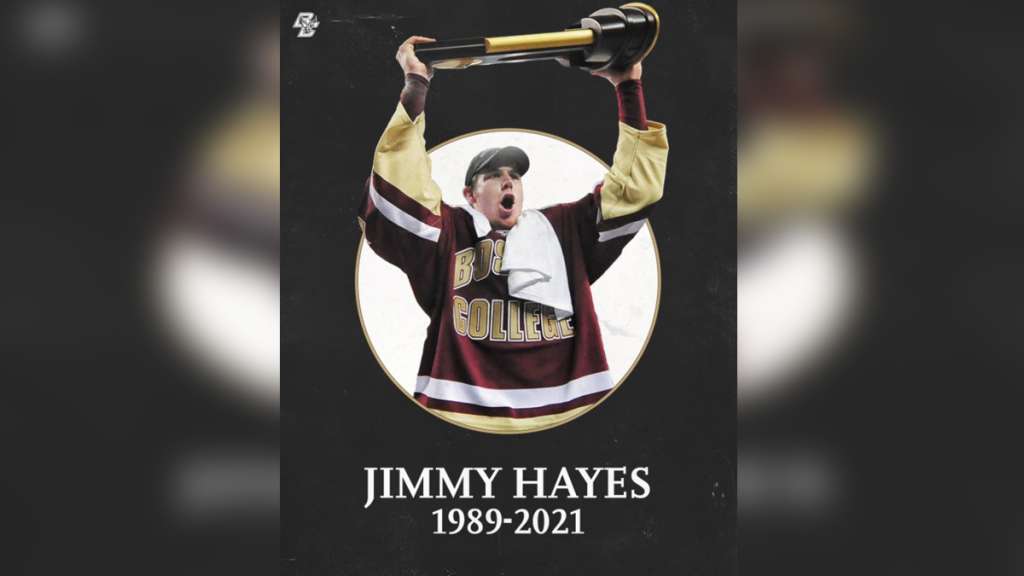 In a statement issued Monday, the Bruins announced that Hayes had passed away at the age of 31.

The team said their thoughts are with his wife, Kristen, his sons Beau and Mac, and the entire Hayes family.

Boston College also issued a statement, saying the school “is heartbroken over the passing of Jimmy Hayes. Our thoughts and prayers go out to the entire Hayes family.”

Hayes, of Dorchester, made his NHL debut with the Chicago Blackhawks in 2011. The Bruins later signed Hayes to a three-year contract in 2015.

Hayes most recently played in the AHL with the Wilkes-Barre/Scranton Penguins.