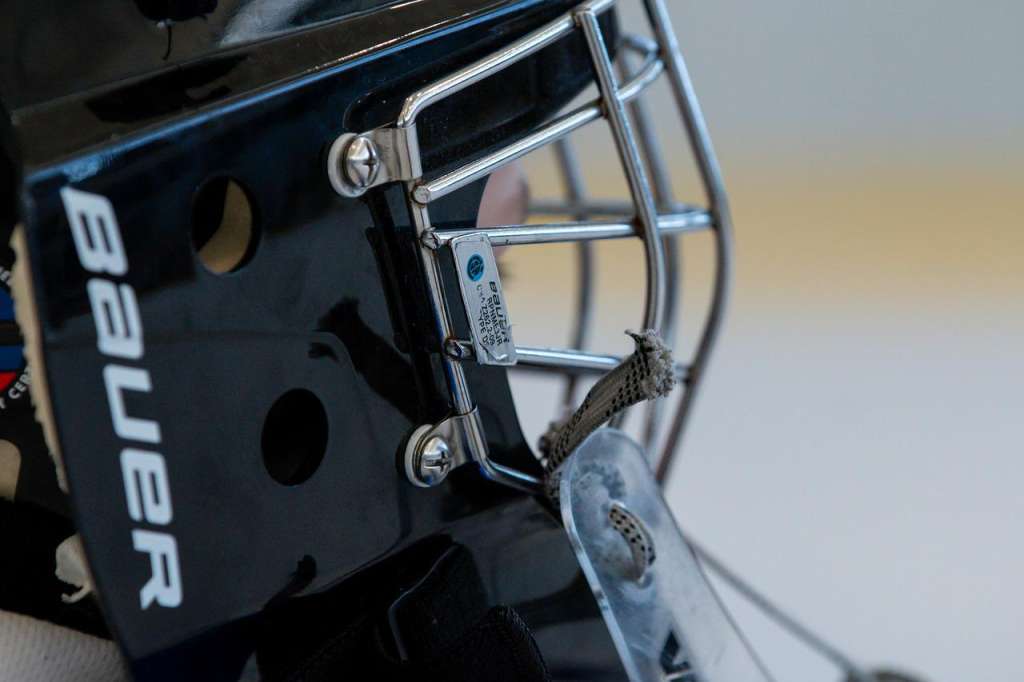 BOSTON (AP) — Jim Montgomery has a lot of work to do to prepare for his first season as the Boston Bruins’ head coach.

He knew just where to start: by reaching out to captain Patrice Bergeron to make sure the five-time Selke Award winner will be back in a Bruins uniform for a 19th season.

“That was my first phone call,” Montgomery said on Monday at a news conference to meet the local media 10 days after he was hired to replace Bruce Cassidy.

“I don’t have to go into the locker room very much if he comes back. That was the main takeaway,” Montgomery said. “He’s got good control of what’s going on, and how to lead.”

Three years after they lost in the seventh game of the Stanley Cup Final and two years after they reached 100 points in a pandemic-shortened season, the Bruins fired Cassidy following a first-round playoff loss. Since then, top defenseman Charlie McAvoy and top scorer Brad Marchand have had surgery that will keep them out for the first two months of the season.

But much of the attention has been on the 36-year-old Bergeron, who would not commit to playing another season (while saying that, if he did return, it would only be with the Bruins). He has since told the team he is inclined to return, but he remains unsigned.

“We’re still waiting for Patrice’s word. Although news is positive. We’re getting some positive feedback,” team CEO Charlie Jacobs said. “So, fingers crossed that he returns and leads our team again next year.”

Montgomery, 53, was fired from his first NHL head job by the Dallas Stars during the 2019-20 season with the team citing unprofessional conduct. He later called that decision “appropriate” and a “wake-up call” while announcing he was going to a rehab facility for alcohol abuse.

Montgomery, who spent the past two seasons as an assistant with the St. Louis Blues, said he has learned from his mistakes.

“Everybody has ups and downs in life. And I think if you learn from it, grow, you get better,” he said on Monday. “I think anybody can achieve good things in life if you’re willing to accept change and make change.”

Montgomery said he was excited to be taking over a team that won 51 games last year; the Bruins also went to Game 7 of the Stanley Cup Final in 2019 and had the league’s best record the following season.

But that wasn’t good enough to save Cassidy’s job.

One of the complaints about Cassidy, who was quickly hired by the Vegas Golden Knights, was that he was too hard on young players. Montgomery, who said he has already reached out to about half of the roster, is known as more of a players’ coach — but only to a limit.

“I think you have to listen. And I prefer to listen before I speak,” he said. “We’re always going to be in this together. It’s going to be a ‘we’ culture. But when it comes to accountability and final decisions, I will be firm there.”

With his family sitting in the front row of the TD Garden Legends room, Montgomery said he had already found a place to live and visited Fenway Park, where he saw the Red Sox beat the rival New York Yankees.

“So things have started off well here in Boston,” he said. “We’re excited with this rabid fan base in this great city of Boston. Be part of the Bruins family.”