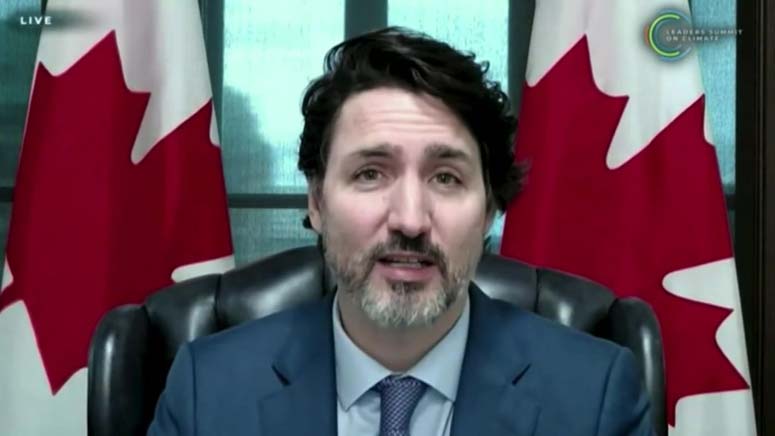 Toronto, Canada (CTV Network) — Canada’s annual inflation rate hit 7.7 per cent for the month of May, according to data released by Statistics Canada on Wednesday, the highest level of growth seen in nearly 40 years. With inflation reaching astronomical levels, some Canadians may be concerned that rising costs will lead to a decline in economic activity and eventually trigger a recession.

Michael Veall is an economics professor at McMaster University in Hamilton, Ont. Looking at the latest levels of economic activity in Canada, the country isn’t currently in a recession, he said, nor is it likely to experience one anytime soon.

“If real [GDP] growth is negative for two successive quarters, that’s formally a recession,” Veall told CTVNews.ca in a telephone interview on Tuesday. “It’s clear that we’re still in a period of bounce-back growth from the pandemic.”

One key characteristic of economic recessions is a high rate of unemployment, Veall said, but the most recent data from Statistics Canada shows the country’s unemployment rate is at an all-time low of 5.1 per cent.

Recessions are also characterized by negative economic growth, said TD Bank senior economist James Marple. According to TD Bank’s most recent forecast published on Monday, Canada’s economic activity is expected to slow down dramatically in the months to come, Marple said. The bank predicts that real GDP will have grown at an annualized rate of 4.4 per cent by the end of June before this number drops to three per cent by the end of the third quarter, and 1.6 per cent by the end of 2022.

Even with lower levels of economic growth, this does not necessarily mean Canadians can expect to face a recession, Marple said.

“The battle is between resiliency and recession,” he told CTVNews.ca on Tuesday in a telephone interview. “We have a very healthy labour market … [and] we have an economy that’s, in many ways, recovering from the COVID pandemic, where people are transitioning their activity back to normal after having stayed at home for two years.

“Even with a slowdown in economic growth, it wouldn’t be a recession.”

Most of the economic pain Canadians are likely to experience in the coming months won’t be tied to real GDP growth or unemployment rates, but high levels of inflation, Veall said. Canadians are already feeling the pinch of higher prices in grocery stores and at gas pumps, for example.

THE ROLE OF RISING INTEREST RATES

In order to cool down rising inflation rates, the Bank of Canada has been hiking its key interest rate over the past several months. Although the benchmark interest rate currently sits at 1.5 per cent, the country’s central bank has said Canadians can expect to continue to see this rate increase as it attempts to bring inflation down to a target of two per cent.

Raising interest rates will lead Canadians to spend more money on interest repayments as opposed to pumping that money back into the economy itself, said David Macdonald, senior economist with the Canadian Centre for Policy Alternatives. This can discourage spending on goods and services, which helps to reduce demand and inflation.

“These are means by which inflation can come down.”

TD Bank expects the next interest rate hike, which is scheduled to take place on July 13, will involve an increase of 75 basis points, Marple said. This is similar to action taken by the United States Federal Reserve, which raised its key interest rate by 0.75 percentage points earlier this month. So far this year, the Bank of Canada has only increased its policy interest rate by either 25 or 50 basis points at a time, but a steady rise in inflation is likely to put more pressure on the central bank to act fast on raising this rate, Marple said.

“It’s just reflective of the fact that the bank recognizes that they need to act now to bring down inflation,” he said. “There’s no point in waiting.”

Some economists predict that the central bank’s key overnight lending rate could reach as high as 3.25 per cent by the end of this year. However, an important question that remains to be answered is whether rapidly increasing interest rates will cause economic growth to slow down so much that it becomes negative, possibly triggering a recession, Macdonald said. According to Veall, this is unlikely to be the case.

“The Bank of Canada is correct in doing something – the unfortunate part is that something has a painful side,” Veall said. “The hope is that they can slow growth by just the right amount so that the economy continues to grow.

“I think the odds are in our favour.”

INFLATION IS ‘THE INDICATOR TO WATCH’

By the fall, Macdonald said it should be clear whether or not the central bank’s interest rate hikes are helping to reduce inflation. If the annual inflation rate remains elevated, the bank will likely reconsider its target interest rate of between two and three per cent, and could aim for more aggressive interest rate hikes in the future. If interest rates increase quickly enough, this could result in an engineered recession, he said.

“That move that we’ll probably see in the fall will tip us off to whether the bank will cause a recession in order to get inflation under control,” Macdonald said.

But if inflation begins to drop while economic activity continues to grow, this will likely help calm any nerves that might surround the possibility of being hit by a recession, said Marple.

“The worries about recession … are hinged around the ability of the Bank of Canada to bring inflation to heel,” he said. “Inflation is the indicator to watch … If we start to see some good signs that that’s happening without too much economic deterioration, that should give some hope that we can avoid a recession.”

While some experts say Canada is unlikely to face a recession in the near future, others predict the Canadian and American economies could each see significant economic declines by the end of next year. According to Veall, it’s likely that if the United States is hit with an economic recession, Canada will see one too, considering how closely tied each country’s economy is to the other.

Aside from this, it’s also important to consider the impact that international factors have on Canada’s economy. Russia’s invasion of Ukraine, for example, is fuelling a rise in gas prices across Canada that is contributing to inflation, Macdonald said. Uncertainty around how the crisis will continue to impact Canada’s economy means that the possibility of facing a future recession can’t be ruled out entirely, Veall said.

“Odds are that we will not have a recession … within the next 18 months,” Veall said. “But you can’t dismiss the possibility.”

EXERCISE CAUTION AND EXPLORE YOUR OPTIONS

For those who may be concerned about weathering a potential recession in the months or years to come, Veall recommends being more cautious with personal finances and carefully considering whether major purchases can be afforded if a person were to lose their job, for example.

“This will partly depend on the precarity of one’s employment, what assets and savings one has, [and] what type of purchase [they’re making],” Veall said. “It’s always wise to try to be in a position to ride out economic misfortune.”

Additionally, now is a good time to ask for a wage increase or switch jobs if someone is in search of higher pay, Macdonald said, rather than waiting to do so in six months or a year. If Canada were to enter a recession, workers may be discouraged from asking for wage increases out of fear that they may lose their job as a result, Macdonald said.

“This is one of the dangers of a recession, is that it locks in lower real wages as a result of this inflationary surge,” Macdonald said. “Now’s the time to ask for better conditions [and] better wages. Lock those in now, prior to the risk of another recession.”

Anyone looking to make large purchases, such as buying a home, is advised to ensure they can meet their monthly payments, rather than remaining at the extreme limits of what they can afford, said Macdonald. Additionally, as interest rates rise, homeowners who will soon be renewing their mortgages can manage payments by extending their amortization period, allowing them more time to pay off their mortgage in order to keep payments low, he said.

“In the long run, you’d be paying the mortgage for longer and you’d pay more interest over the life of the mortgage, but it’s not that these are unmanageable changes,” Macdonald said.

Canadians can also expect to see the housing market cool down even more as the year progresses, Marple said. Higher interest rates will contribute to further decreases in average home prices month-over-month, he said, which can be beneficial for Canadians looking to purchase property.

“It’s increasingly turning what was very much a seller’s market into what could very well become a buyer’s market,” Marple said. “We expect to see a bit of a decline in home prices over the next little while.”