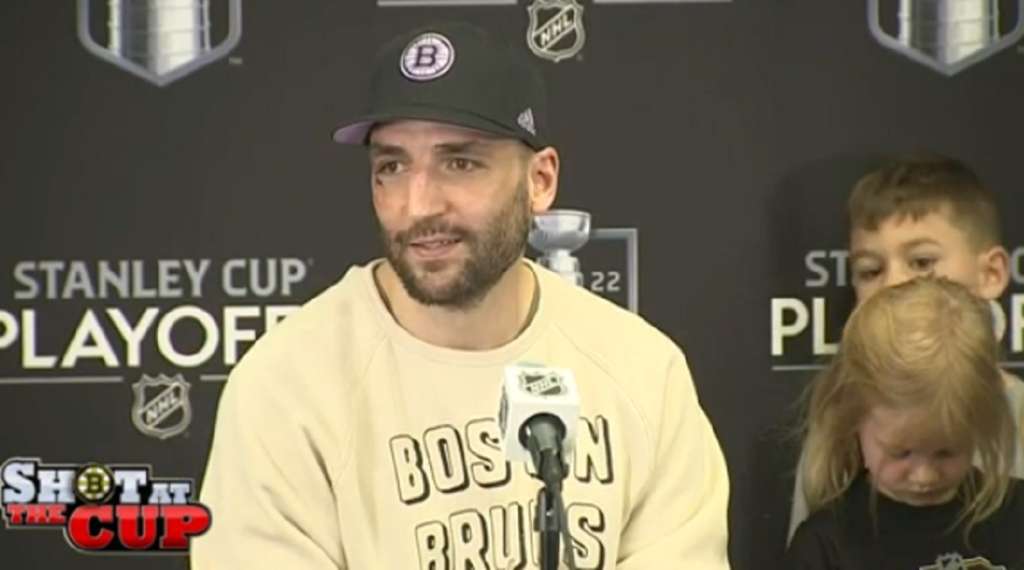 BOSTON (WHDH) - While Patrice Bergeron scored a goal in the Bruins’ win over the Carolina Hurricanes Sunday, it’s the shot he took to the face that has fans singing his praises.

After a hockey stick slash left his face bleeding and bruised, Bergeron took a quick trip to the locker room for some stitches and came right back out on the ice. The Bruins won the game 5-2, evening up the playoff series at 2-2.

“He’s like 37 years old and he’s asking to go back in the last 20 seconds with a bleeding eye? There’s not many people built like that anymore,” said fan Dylan McSparren.

“He lives and dies for Boston,” said fan Victoria Serwatuck. “He’s a grinder.”

Speaking after the game with his young children in tow, Bergeron downplayed the damage.

“It’s not the first time they’ve seen Daddy with a few bruises and stitches around the face,” Bergeron said.