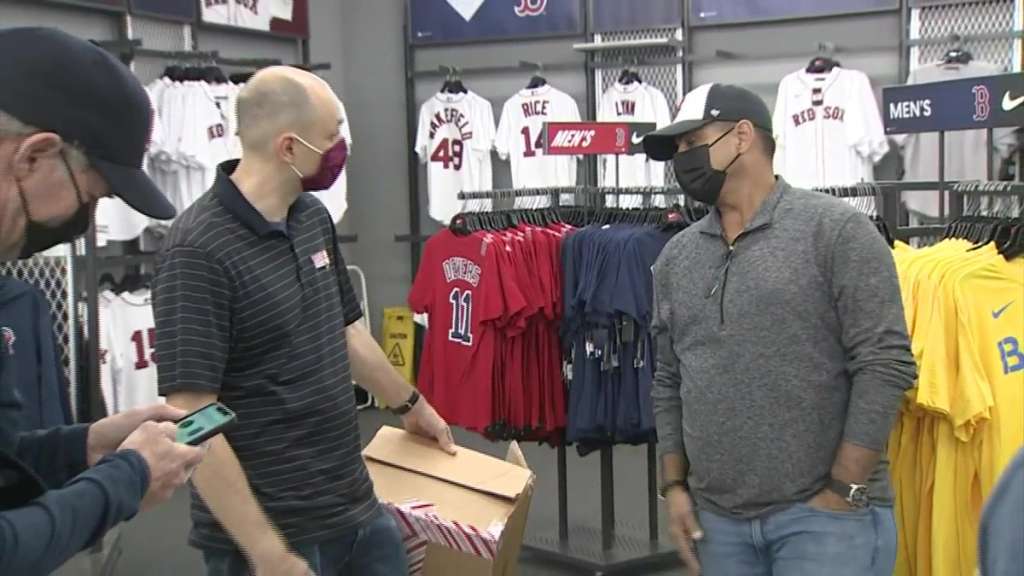 BOSTON (WHDH) - Kiké Hernández has been red hot in October and his father, along with a few friends from Puerto Rico, were at Fenway Monday shopping in the team’s store. Even the Sox star’s dad had a hard time getting his hands on some of Kiké’s gear.

RELATED: Rodriguez to start Game 3 of ALCS against Astros at Fenway Park as Red Sox look to take series lead

Just when fans thought he could not get any hotter, Hernandez has taken his game up yet another notch.

“We’ve seen it years before where sometimes a guy, just all of the sudden in the playoffs, becomes hot and he wasn’t all year necessarily. But Kiké Hernández, this is his postseason so far,” said pro shop manager Tim Petit.

It’s easy to forget when the Sox signed him away from the Los Angeles Dodgers for a modest contract he was described as the next Brock Holt — a super-utility player who plays every position but catcher.

He has batted a staggering 600 over the past five games with a Major League record 15 hits over that span.

Instead, the Sox may have found themselves something closer to the next David Ortiz now that the utility man has tied the legend’s postseason record of five homers in five postseason games

RELATED: ‘The life of Boston is back’: Fans excited as Sox even series with Astros, return home

Hernández’s father credits the amount of playtime he has gotten since coming over from the Dodgers as part of the reason for his improvement. Another major factor is his close relationship with fellow Puerto Rican-born manager, Alex Cora.

“When you play every day you get more comfortable and when you have a good relationship with your staff, pressure is different, you know,” his father said.