Holiday lights are not just reserved for December in these communities 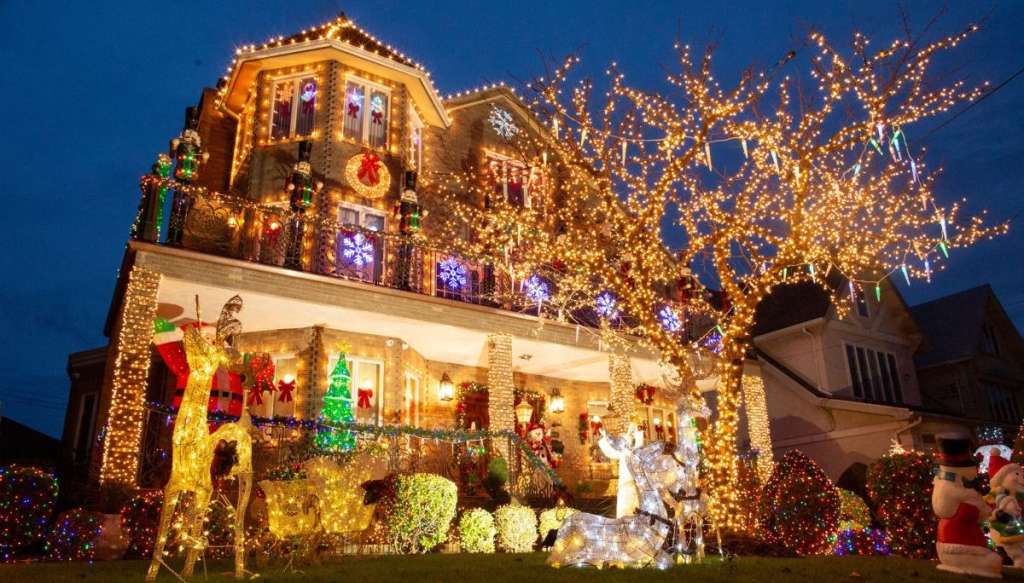 (CNN) — Homes adorned with twinkling holiday lights are a common sight in December, but by January, many lights are gone.

Not this year. Many people are looking to keep the holiday spirit going.

In communities big and small, people are calling on their fellow neighbors to keep their lights hung through the end of January.

Brian Mittge, a longtime resident of Chehalis, Washington, wrote a letter that appeared in his local paper, asking that people keep their lights up for another month. His town is located about an hour and a half south of Seattle.

It has been a dark couple of years, so people need light, he told CNN.

“We need to look for ways we can send that light into the world, and it can be as simple as keeping your Christmas lights up,” Mittge explained.

His idea came to him about a year ago in January when he was dropping his child off at school. Peering through the morning darkness was a single house with shimmering holiday lights.

Those sparkling lights lifted his spirits and inspired him to ask others to hold off taking their lights down.

Most people remove their lights from their houses because they don’t want to be “that guy” that leaves their Christmas lights up, Mittge said. He’s on a mission to change that mindset.

“You’re not breaking some sort of social code. You’re actually following a new one,” he said.

For those who are still worried what their neighbors will think, Mittge recommended they take down their Christmas-specific decorations like inflatable Santas and Grinches and leave the holiday-neutral lights up.

Across the country in Richmond, Virginia, another community is also asking its residents to keep their lights shining into the new year.

It’s part of a campaign to show support for health care workers during the pandemic. HCA Healthcare Capital Division in Virginia launched the “Keep Your Lights Up for Healthcare Heroes” campaign last year and is bringing it back for another year.

It’s asking residents to keep their holiday lights up through the end of January to show solidarity with health care workers, according to Jeff Caldwell, associate vice president with HCA Healthcare.

“With this Omicron wave, our hospitals are full again, and many of our health care providers are spending the holidays this year caring for a large number of sick patients,” Caldwell said.

Near the beginning of the pandemic, he said he saw a lot of community support for health care workers such as people delivering meals to hospitals and car parades. As the pandemic has worn on, he has been seeing less support as people have become beleaguered.

The light campaign would be a simple way people could show support and brighten the spirits of health care workers, Caldwell explained.

The campaign was originally targeted toward the Richmond community, but he said it has expanded across their company to other hospitals around the country.

Everyone is encouraged to participate and share a photo of their holiday lights with the hashtag #LightsUp4Heroes.

For those needing a religious reason, note that the 12 days of Christmas extends to January 6, according to Antonio Alonso, assistant professor of theology and culture and director of Catholic studies at the Candler School of Theology at Emory University in Atlanta.

It’s called the Feast of the Three Kings, or Epiphany, which commemorates when the three Magi bring gold, frankincense and myrrh to the baby Jesus, he said.

Some Christian faiths extend the celebrations into February with the Feast of the Presentation of the Lord, or Candlemas, on February 2. This day commemorates when Jesus was presented to the temple, Alonso explained. It’s the 40th day after Christmas, so some Christians keep their holiday lights up until then, he added.

“Keeping up Christmas decorations, trees and lights through January may cut against the grain of the wider cultural celebrations of Christmas that happen all through December when Christianity actually celebrates the season of Advent, but it can be a beautiful reminder that Christmas is more than a day. It is a season filled with rich imagery and hope for the year to come,” Alonso said.