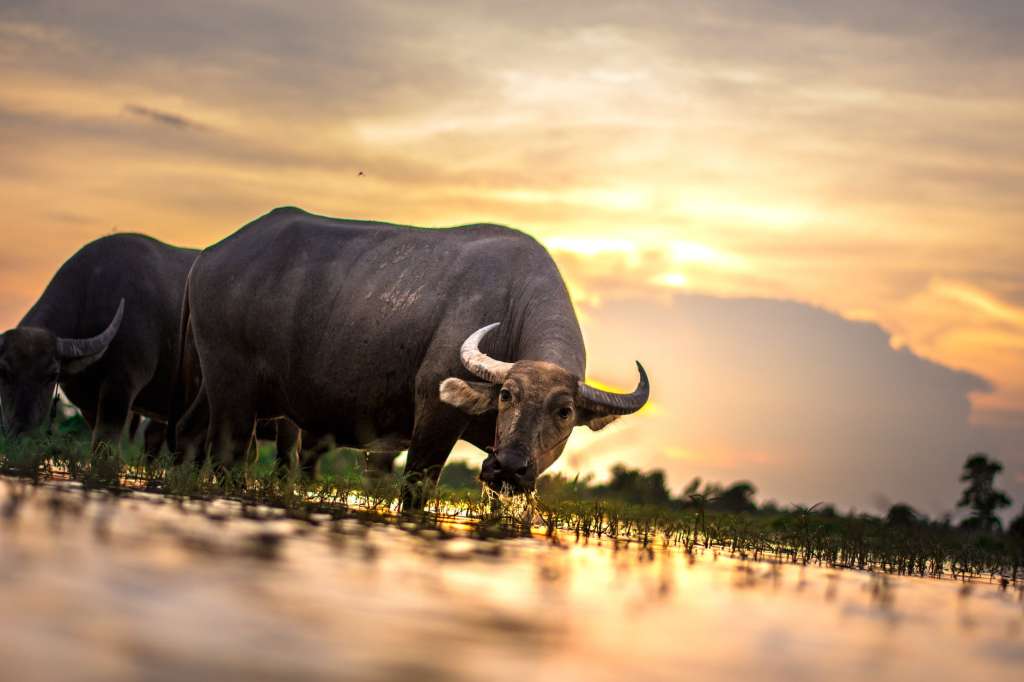 Photo by Pixabay on <a href="https://www.pexels.com/photo/agriculture-animals-asia-buffalo-460223/" rel="nofollow">Pexels.com</a>

This week, US stocks fell into a “bear” market, dropping more than 20% from its most recent peak in early January. That rout ushered in the end of the “bull” market that began in the spring of 2020.

But how did these brawny beasts acquire their status as the default metaphors for stock market sentiment?

There are a couple of etymological theories behind the terms. One dates to the 18th century and involves poets, proverbs and a bunch of English scalawags bilking investors out of their money. Another (almost certainly fictional) story refers to the way the two animals attack.

Bear with us for a bit of history…

Let’s start with the bear, since, according to Merriam-Webster, that mascot of the market sell-off emerged first. The term derives from “bearskin” which was used in the 18th century as a metaphor for speculative stock buying that’s known today as short-selling (aka betting that a stock will go down).

It comes from a proverb warning not to “sell a bear’s skin before one has caught the bear,” according to the dictionary. The name “bearskin jobber,” (jobber meaning wholesaler) apparently referred to a person selling the bearskin.

Bearskin got shortened to bear, and here we are.

The term caught on after the South Sea Bubble of 1720 (and again later, after the 1929 crash that led to the Great Depression).

The South Sea scandal is one of the earliest examples of market hysteria creating a stock bubble that crashed spectacularly. In short, a bunch of British swindlers ran up the price of a company that never made a profit and caused a financial meltdown. (The scandal and its fallout are far more complicated, but that’s the gist. Historians have written extensively about the event.)

The bull seems to have been a response to the bear amid the South Sea frenzy, and we’d have to ask (long dead) poet Alexander Pope why he selected the bull as the bear’s counterpart in this verse that alludes to his participation in the stock scandal:

The gods shall of our stock take care:

And Jove with joy puts off the Bear.

It’s entirely possible we got the term “bull” because Pope wanted something cool-sounding to rhyme with “full.”

There’s not a lot of evidence to support this one, but it’s made its way into Wall Street lore over the years, and it can be a helpful image for remembering what the two terms mean.

The idea is that a bear attacks by swiping its paws downward on its prey (downward swipe = stocks go down). A bull, on the other hand, thrusts its horns upward to gore the poor souls who cross its path (upward thrust = stocks go up).

There’s a bit of gruesome history linking bulls and bears in this way, according to the financial media site Investopedia. Between the 1200s and 1600s in England, people would attend bull- and bear-baiting contests and gamble on the outcomes.

In that context, it’s not hard to see why modern trading is sometimes referred to as a bloodsport.